OK, I’ve used this blog before to promote various technologies, frameworks and libraries and all sorts of open-source projects (mine or otherwise) so somehow I don’t feel ashamed now to blatantly promote this. For those of you who know me, you know that one of my ambitions (apart from making a decent career in computers, having my own successful start-up, playing rugby, having a go at stand-up comedy and of course, gynecologist to the stars :D) is to write books. You might have or might have not seen my recent tweets, but finally I have taken the first small step in publishing a book — all thanks to the Amazon Kindle Direct Publishing platform! I am still working on my other trilogy, but for those of you who already know this, you also know that is supposed to be a proper trilogy, as in a set of 3 books, as a opposed to a short novel (perhaps “story” might be more appropriate?) which is the case here.

The book I’ve just published is called “The Sun Is Burning Out” — and it’s available in electronic format only. Sorry, I see no point in investing in hard copies at this point, will revisit this point in a couple of years perhaps and see if there really is a demand for it out there… Meanwhile though you can download it from the Kindle store from the following link:  http://www.amazon.com/dp/B00EZDJKXG . The price is $0.99 for which I do apologize! It was actually my intention to sell it at $0.25 USD, however, this seems to be the smallest price you can set in KDP, due to the fact that obviously they do charge a percentage out of it and I guess there is a minimum price they have to receive back for each download, in order to cover for their storage and download and billing costs. If there is any consolation I get a small (tiny) part of that price at this stage… I’m really hoping the pricing point is not going to be a killer here 🙁

Anyway, like any other (proud) author, I thought it would only be nice of me to offer you a couple of paragraphs from the book — hopefully you like it enough to buy it; I’ve included the link at the top of this blog post and you will also find the same link again at the bottom of this. I can’t tell you how excited I am about this and how curious to find out the “marketplace” reaction to my (somewhat) silly creations.

In doing so though we seem to have forgotten one tiny problem – our solar system, nice and warm as it might be, had a sun that was burning out. This was brought back to our attention a few hundreds of thousands of years later on when one morning one scientist woke up feeling a bit cold, which, for someone living in a system where a huge nuclear bomb keeps detonating every second millions of miles away just to keep us warm, seems somehow unusual. As such, our scientist decided to spend the rest of his life learning everything we knew about the sun and the universe and in his last leaving days he went on to tell the world about a big problem waiting for us around the corner: The Sun Is Burning!

He was of course ridiculed at first – humans have somehow perfected this art throughout the millions of years of their evolution – and there were many who shouted back at him “Yes, of course it is, it’s lovely isn’t it?” (Referring no doubt to the sunshine cast at that moment still over the planet). “Pull the fucking blinds you idiot” – shouted others. As such he was ignored at first. Unfortunately for the humankind though our scientist, like all the others, has already spent all of his life researching this, and as such had very little time left to fight the skeptics; instead he decided to write a formula on a piece of paper which he then passed to one of his students before he passed away.

Clearly, not having the necessary knowledge to understand the formula, our student set off to study himself about our sun and universe and in his last days on the planet he finally understood the meanings of that so just like his predecessor, he opened the window and shouted at everyone: “The Sun Is Burning!!!”

“Yes, we know, you moron – shouted the people on the street – can’t you see we’re heading off to the beach?”

Amidst all of these ongoing researches though, the initial team who went on to find a means of moving out of the solar system came back with some terrifying news. It seems that even though we do have enough information to build enough intergalactic space shuttles, we don’t have enough fuel to get us to the nearest planet similar to Earth able to support life as we know it on Earth. This came as a shock since humankind has long been safe in the knowledge that we solved the fuel crisis. (Back in the day, humans used to dig into the seas it seems for some disgusting black smelly substance and pour it pretty much into their vehicles to make them work. Soon after though we learned that given the right materials and design, one can have a vehicle simply propelled by our breathing – though racing was a bit tricky as the driver had to have some serious allergy and sneezing for a considerable amount of time to make a serious competition out of it.)

The team though went to explain that while we can apply the same breathing-as-a-mean-of-propelling-a-vehicle pattern, the problem with that is that we can safely do this on Earth where we have enough elements to sustain our life, and as such to keep us breathing – however, once we’re in space, breathing becomes problematic and in fact bearing in mind the large distances in between these bloody planets (it’s been long agreed that the design of the Universe must have been carried out by the same people who do it in Ikea) all the human life on board would have to be sedated frozen or otherwise knocked unconscious for a few thousand years till the destination is reached… which unfortunately rules out breathing.

An alternative to the fuel problem would be to use the sunlight as a means of fuelling these space shuttles. The problem is though as we all know, the sun is burning out – and with an average journey time to the next planet of over 50,000 years and the sun burning out in about 10-20,000 we’d only make it half the way there. It’s like – the scientists explained – we know where the airport is and what time our flight takes off, but we ran out of gas to drive to the damn airport and walking there is not an option…

As said, the link to the book on Amazon is here: http://www.amazon.com/dp/B00EZDJKXG

Happy reading and let me know what you think?

If you don't like the news, go out and make some of your own. 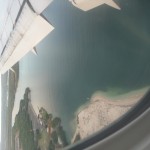