According to the American Dialect Society, Pluto is the word of the year 2006. According to them: To pluto is to demote or devalue someone or something, as happened to the former planet Pluto when the General Assembly of the International Astronomical Union decided Pluto no longer met its definition of a planet. Read the […] 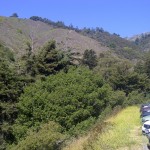