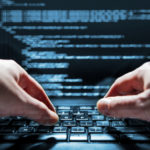 To start with let’s look at a very simple example in Java: checking if a value is null and setting a value based on that result. Let’s consider for instance that given a (user) name we create a greeting to be shown to the user, customized to include the user name if present or otherwise instruct the user to log in. The typical Java code for this looks something like this:

This follows the general “convention” that if the value for userName is passed in as null then it’s not present — and we should instead use a “default” value.

Now let’s see how we can write this using Optional:

Neat right? However some of you will say (rightly so) that when dealing with older libraries, they still tend to return data using the “null-based” convention where null is returned for “not present” and in such cases we still need a greeting() method which accepts a parameter as a String. In such cases we need to make only a small change — by using the power of Optional.ofNullable(), which according to the JavaDoc:

So the above code becomes:

This now leads us to more interesting ways we can chain these null checks:

Believe it or not this is the equivalent of this (lengthy) method:

The cool thing about using Optional is that when using map(), this takes care already of the possibility of returning null, similar to Optional.ofNullable; the JavaDoc reads for this:

If a value is present, apply the provided mapping function to it, and if the result is non-null, return an Optional describing the result.

So if your lambda / code used in the map() returns null, the result will be an Optional.empty() which then prevents the rest of the chain executing and we go straight to the orElse(). This way you can chain a few of null checking transparently all hanging off the initial Optional! And the beauty of it is that you don’t have to explicitly write code to check for value being null / present, it’s all done for you by the class.

Imagine (taking this to the extreme now) a scenario where you have something like this:

The above code can be modelled with an Optional like this (f1, f2 and f3 are methods of the current class obviously):

This one looks a bit more difficult to write using Optional, so let’s look at another example:

Now this one looks very cool when chaining again Optional.map:

As with everything there are pros and cons — for instance I haven’t figured out a more elegant way of dealing with complicated if/else “cascades” like the one shown earlier — however I highly recommend migrating code “cascades” from null to Optional, you have to admit it looks more elegant.

That which does not kill me had better be able to run away damn fast. 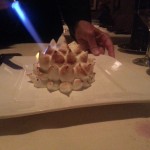