Like many of you I probably read many a times about what a great, fun environment to work in Google is. To be honest, I never bought into it — until today I finally realised it is true! And here is what made me change my mind: these are pictures taken from the other side of Google’s offices in London and at first glance you might not think anything wrong of it: 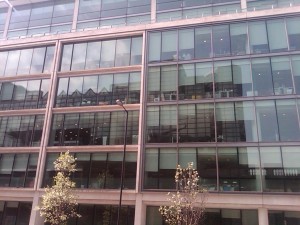 Now look closer — I made it even easier and highlighted the 2 items that make this picture special:

Since my mobile’s camera is not that good, I’ll it out for you — the object circled on the right hand side is an (upside down) Google banner — it was probably originally placed in the window to be seen from the other side but quite likely fell down and nobody bothered to put it back up again. Hopefully this should convince the skeptics that this IS in fact Google’s offices (unless you can think of a reason why a company would display in their office windows a banner for Google? :O) The most important item though in the picture is the one circled on the left-hand side: IT’S A BLOW-UP DOLL!

I’ve tried to zoom in a bit more — you’ll have to excuse my camera’s resolution though — hopefully you can see in these that it definitely IS a blow-up doll: 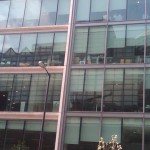 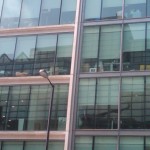 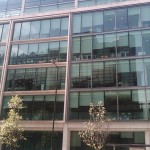 Now you tell me that a company that provides you with blow-up dolls in your office is not a fun environment to work in? Though one wonders what does it say about the guys in their office — not to mention the girls :p

One Response to “Why Google Is a Fun Working Environment?”

The average person is a little below average. (Henry Morgan) 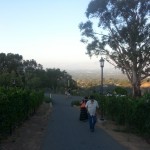