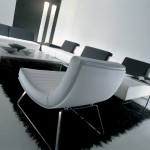 There has been recently increased attention in the media for Uber, after the blog post from Susan Fowler about her terrible (probably a mild term here, I agree) experience while at Uber — and even more so as of today their SVP of engineering stepping down after sexual harassment allegations during his previous job at Google. Of course the reasoning here from what I can read in the media is that given Uber’s HR track record, it can be argued that it is likely that his behaviour continued while in Uber but the company HR just covered for it. Again, this is just speculations from what I can see at this stage, though it is certain that there were sexual harassment allegations against him before he left Google — the rest is uncertain and media speculating.

A lot of the blogs and articles around this incident though are around the subject of why did Google not proceed with any investigations into this following his departure. And that’s where I feel I need to cast some thoughts into the matter. I am not close to the subject of Uber and their culture — which from the outside sounds horrible, at this in this moment in time. However, I had a lot of interactions with startups both in Europe and in Silicon Valley and I have encountered situations where C-level executives and the company parted way — and there are a few similarities in between this particular instance and the ones I’m going to refer to, which is why I think my points are relevant.

Here’s the thing, there are only a few ways a person can leave the company:

The last one more often than not is actually a nicer version of the second one — but occasionally it does happen that a person have to do that for other reasons (personal circumstances change, need to try something new etc).

If you are dealing with a “regular” employee, most companies will not have an issue with letting go of a person and making that public, however, this changes entirely when you are dealing with a C-level executive you have to let go of! The reasons behind it is that when you have to let go of a CxO, is because something went wrong — and most companies do not want to be associated with that failure on that higher level. Because if you do, your finances start getting endangered: your next round of investment becomes more difficult, your investors start breathing down the CEO’s neck and maybe start considering replacing, even your clients might jump at the opportunity and try to re-negotiate some of their contracts.

Particularly in the case of startups, where the exit is still a few years down the road, firing a CxO becomes a very hot topic. Do you want to be the startup known for having a CxO so rubbish that you have to fire them? Investors will put their checkbooks back in their pocket right away and show you their backs, because (quite rightly so) their confidence in your team has been shaken. Or do you want to be the startup known for having internal tensions so high that you had to kick out one of your C-levels? Again, your next round of fund-raising will be endangered because it just means your team is not the finely-tuned machine they thought it would be to bring your solution to market.

In such a situation, every startup will do the safe thing and allow their CxO to “step down” gracefully, give them a strong recommendation for any future prospects they might have and move on from there pretending that everything is perfect internally. And because of this, the very CxO that got the boot would walk into the next startup with  stellar recommendation and start the cycle all over!

I’ve encountered a startup back in London where the CMO (Chief Marketing Office) was a total pain in the backside and caused a lot of friction with her own staff as well as other teams. She was there for about 2-3 years (!!!) before they decided to get rid of her — and when they did it was the case that the company announced that “XYZ has decided to take some time off after such a busy and fruitful period with the company and enjoy a well deserved long break…” and all the PR around this went into singing her praises and telling everyone how great she was etc. The startup at the time was in talks with 2 big corporations who were showing interest and talking about possible acquisition and as such the last thing they wanted was this to cloud those discussions. So they paid this person a huge amount, signed off some NDA’s and the likes promising each other they would both keep their mouth shut and were in fact so grateful that she left quietly! Even more, a couple of months into her “retirement”, they received a request for providing references for this person — and they provided her with such an amazing reference that the company requesting the reference went after her so aggressively and made her an offer which “convinced her to come back from her sabbatical and join our ranks” (I believe the official communication from the hiring company was very close to this). What happened? Well, it turns out the company enquiring about her was a business partner of one of the 2 companies courting this startup (with a potential acquisition in mind) — so the startup didn’t want to risk admitting (even more so to a partner of their potential buyer! after all the business world is so small and news travel fast in there) that “you know what, she’s useless, and it tooks us 3 years to figure it out”. Because if you admit that, how does that reflect on you? 🙂

Another example is a tech startup which started with a CTO who was a good techie, but that was it. This guy set up their first working prototype, which then allowed them to raise funds. Then he gathered a bunch of techies around him and set off to build the “scaled-up” version of the app. And he struggled badly in that position — he didn’t really have people skills, didn’t score any points in the leadership either and struggled even on the technical side as some of the techies hired were challenging his technical decisions and he took that as a threat rather than seeing it as an invite to fostering initiative and innovation internally. The CEO and the other directors started becoming aware of it but for whatever reasons they didn’t really act on it right away — until the situation became desperate and they realised it’s time to boot him out.

So they turn to the VC backing them for help — and the VC is interested in keeping their investments safe, so they get in touch with other VC’s and companies they know and come out with a candidate. Because the situation was desperate this candidate came in with very little (if any) interviewing and checking — and the previous CTO was announced publicly right away to be stepping (down!) into a CIO role and second the new CTO. Basically, he was asked to stick around for a couple of months just so he can help the new CTO transition in. Again, the startup and the VC would sing this guy’s praises and angle it such that he helped us scale our platform to this amazing stage and he remain an important member of our team as we are going to use his talent for our infrastructure and blah-blah-blah.

About 3 months later on the CTO-cum-CIO leaves to join another startup as their — yes, you guessed it — CTO! What happened? Well quite simply, once in the CIO position, the guy knew he was on his way out so he did the right thing and started looking around — and when he found a position he reached out to the CEO, the VC themselves for recommendations. And do you think the startup wanted to admit that they had a rubbish CTO at their helm ? Noooo, they gave him a 5 star reference. The VC company themselves didn’t want to be known by the other VC’s as the ones who put money in a company with a more-than-under-average CTO so they scored him a stellar recommendation too. (You don’t want to be known as the VC who makes bad calls on their investments because that closes doors and opportunities, right?) So all of a sudden this guy looked amazing on paper and he scored a bigger better job! And he went on as I found out later to mess it all up there too, as 2 years later on again he “stepped down”. I can only guess he scored another recommendation and started all over again from there…

The funny thing about this particular startup is that the second CTO turned out to be a waste of space too! Now this is where it gets even more interesting — because holy cow! now this can really drag you down since you had 2 failed CTO’s in a row. No one, no one ever maybe will throw money at your startup! So they design a whole re-org exercise where they “realize” they don’t need a CTO since they place the product under Business Development and they have a CxO covering that already, as such what they need now is an SVP! And of course their current CTO is so senior he cannot step down to that position — and that’s why he will just stick around and help them find a candidate and make the transition (and the company is soooo grateful to him for that blah-blah-blah) and then move on. Once they had this story sorted they find a middle-of-the-road manager who becomes their SVP and the second CTO gets a big payout and asked to keep his mouth shut. And the same CTO of course scores another job soon after based on (again!) the stellar recommendations he gets from this startup. Interestingly, this particular startup got acquired in the end — so all of this weird chess worked for them one could argue!

Now getting back to the initial story about Uber and Google and the sexual harassment allegations. Why didn’t Google investigate those harassment allegations? Well, based on the above, in my opinion, because they didn’t want to risk any association with sexual harassment: what if those allegations had proven true? Then you are the company in the Valley who hired a senior exec and allowed him to harass sexually inside the company to his will. Instead, you ask them to step down, you pay them a huge amount of money and you both probably agree to keep this shtun — and hope that no one ever finds out.

Testing can only show the presence of bugs, but not their absence. 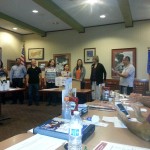