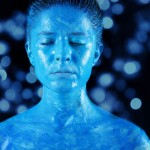 I recently had the chance to reflect over how important jargon can be when building a product and I thought I’d share my thoughts and findings here.

A bit of history: a while back (quite a while back now) I helped a small startup (let’s call them Green Media) which operated in digital marketing and online advertising space. Their product was interesting enough though it didn’t actually have a “bleeding edge” to it. That is to say that the idea was interesting, but it wasn’t at all unique and their technical solution was good but it wasn’t exceptional. However, they were killing it in terms of revenue and their campaign inventory was piling up every day.

I also happen to work around the same time with a company (call them Cognisant) which I thought had a brilliant idea in the same online advertising space. They went through the usual path each startup goes through, got funding and started developing their “prototype” into a proper solution. They had a few beta clients which the VC firm has brought with them and those clients were using their product quite extensively and were happy with it. But when they finally released their first product in the wild, guess what? Nothing happened. They struggled to develop traction. And when they would get a client on board they had to place 3 people around each client which slowed them down terribly and drove them in the end to the ground.

And then I realized soon enough that what Green Media had one huge advantage to themselves which at first glance seemed like nothing: they had the right terminology! You’d think it didn’t matter but it made a f… load of difference!

When the Green Media ad sales peeps would start talking to a prospective advertiser, their pitch made sense right away to the client! They would normally meet someone from the marketing department who were used to terms such as adverts, placements, creative units, conversions, CPC, CTR and so on. Similarly the business development guys would talk to websites interested in employing their advertising solutions and those guys again were interested in CTR, ads, creative units, placements and so on. And the guys at Green Media developed their product using this terminology so everything they were showcasing to their clients made sense to those guys right away!

Sure they might have thought that the product is not the best and it’s not the most glamorous, but as it is the case with advertising, it’s worth trying every now and then other distribution channels to prevent user fatigue (if you hit the same user over and over and over again with the same ad they pretty much become blind to it — that’s why marketing peeps often change the “narrative” and their creatives, to prevent this fatigue, this “blindness”).

By contrast, the guys at Cognisant had a very good idea — and the technical implementation was actually pretty good. What they lacked totally was any alignment with the advertising industry jargon. The people who worked on that product had no experience or exposure to the online advertising industry — so rather than calling things placements they called them “capsules”, rather than “creative units” they called them “options” and the list went on. They made up a whole jargon which made sense to everyone in Cognisant but was cryptic as hell to everyone outside!

So when they went to pitch to clients the learning curve was huge for their clients — more than half of them would mentally check out a few minutes into the presentation so their decision was made purely because they couldn’t understand it. Even when they did get a client who would spend “CPU cycles” trying and succeeding to understand their solution, they would agree first to a 6-month trial or the likes. Then it would become the responsibility of their ad operations teams to implement it — and these guys would hit the same hurdle: trying to understand what the hell was this solution all about and how to map a “capsule” or whatever the term was to a placement. And ad this point, Cognisant had to throw people at the problem to see what should have been a simple implementation go through after weeks of frustrations on both end. By that point, the client ad ops team again had already made a decision that this solution was rubbish and too hard to implement — so when the performance reports would arrive it didn’t matter that their solution was delivering better than other channels: mentally the ad ops peeps on the other side were checked out and would just end up in the end reporting that the solution was not the best. So guess what? Come end of the 6-month test the client wouldn’t sign up.

I’ve revisited mentally these 2 companies recently, as I’m working on an interesting project in Netflix Ads Engineering, and we are going through a series of interviews with our users and try to identify what we can do better with our product. And one of the things that came up very quickly was the fact that in a few places our jargon was a bit misleading to our users. And guess what: right away the places were we didn’t line up our jargon with the industry were exactly the places our users try to avoid or were the spots that generated most of the human errors!

With the risk of self-promotion, I have actually signalled these issues in both instances — with Cognisant and within Netflix. Turns out I was right. And I am glad that Netflix has employed the right tools to check that this is true. (And I won’t hide it, I’m glad that my experience in this industry paid off and my advice on this was spot on, of course!)

The moral of the story is that as engineers, entrepreneurs and all around “start-uppers” we like building solutions, and sometimes our solutions are awesome — but that means sweet f.a. if we forget that this solution will be used by people. People don’t like to use software, they like to solve their problems; sometimes this involves software and they will embrace that software if it solves the problem for them, if it makes their life easier. And having to learn a totally different jargon to what they are used to makes it difficult for them — as rather than solving their problems you are creating more for them.

Stick to the jargon — you like it or not, it’s there for a reason! 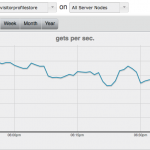