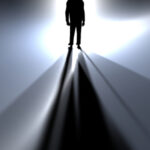 I guess this post is long overdue — I was going to blog on this a few days ago when Neil MacGregor, director of the British Museum, announces the plans for reducing costs; as it happens all sorts of other things kept me busy at the time and it’s only now I find myself with a few moments to spare on this.

As you all know by now, the government’s new budget outlines significant cuts in the public sector — which does reflect upon the likes of the British Museum, National Galleries and such. Each museum was asked to outline the impact of 25-30% public funds cut would have on their activity and also plans for coping with such cuts. This is where I’m making assumptions, granted, but I’m making assumptions looking at the standard trend in today’s market when cuts have been introduced — which resulted nearly immediatly in tons of redundancies, increase in pricing  which leads overall to a degradation of the service really. My assumption was that the director of the British Museum could have done the same and make a decision within seconds to introduce an admittance fee, get rid of half of personnel and maybe not worry too much for now about the regular maintenance that the pieces exhibited are subject to. He would have probably positioned the museum within the bracket proposed by the government and lived happily ever after knowing these targets were hit.

But no, he didn’t succumb to that — instead I found out reading from the papers that he was (and still is I’m sure) doing his best to keep the museum free — being prepared for instance to sacrifice some of the opening hours in exchange for that. Obviously perfectly conscious of his position, and his role (which involves ensuring art is made publicly available to the British public) and even more, of the impact his decision would have upon the contact of the average person has with arts, this man I think made such an important decision — to which I’m sure other have or will rally.

In my ignorance I will confess to the fact that I didn’t actually know Mr. MacGregor’s name prior to this — and while I have learnt it recently, for many of us he will probably remain one of the silent and anonymous heroes though, operating in the background, unknown to many yet despite that acting with such verticality and taking these decisions. Well done, sir!

If women ruled the world, there wouldn't be any wars...just a lot of envious countries with each other who wouldn't speak to each other!