Just occurred to me the other day — being the (arguably) lucky owner of 3 Romanian rugby jerseys — how much these things have changed since the last Rugby World Cup (that would be RWC 2007 for those of you who don’t remember these things:D): I have bought the first such jersey during RWC 2007 as The Oaks were in it (as usual, with very low chances of making it out of the group, let alone semi-finals). It looked like this: 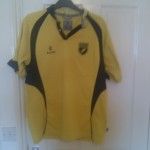 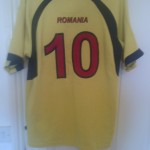 Then as the European Nations cup kicked in (was in fact hosted in Bucharest a couple of years ago), I got myself a new jersey — which looked like this (though granted, this is supposed to be a fan’s jersey rather than a player replica): 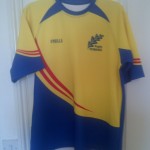 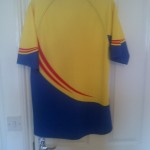 And finally with the RWC 2011 kicking in, I’ve finally got another one (yup, you guessed right, the name on the back is my name and 5 — lock — is the number I normally play for my Phantoms): 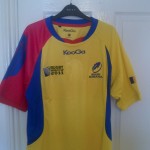 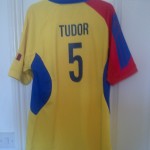 To be honest, I think the design has been on the way up — can’t wait for the official jersey for 2015!

It doesn't matter if your glass is half full or half empty -- what's important is that it has plenty of space for more vodka! 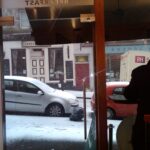