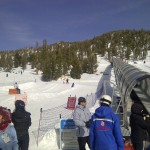 With my being in California, and Denis Lowe in my ear going on about Tahoe, it had to happen in the end: I took to Lake Tahoe this weekend and made my joined the ranks of snowboarders — snowboarding is awesome by the way! And Denis proved to be a pretty good teacher to be fair to him — though, granted, I still needed some lessons from an instructor as well 🙂

To be fair the trip proved quite costly — mainly as I had to eventually buy my kit (outrageous of them to only rent boots, snowboard and helmet!), so first trip prior to the trip saw me getting my jacket, thermal underwear, fleece, socks and so on, with the view of renting the trousers, visor and the rest there. So there goes $300! Only to get there and find out that I had to fork out another $300 on equipment as the rental only included the 3 items above. And then of course there’s another $130 on day pass, instructor training, and rentals. And to top it up, the night before we crossed the border to Nevada — sounds glorious, but it meant crossing one street and entering a casino, around 1am as everything in California was shutting down. Another $200! And we still have to pay Nikhil, who was a hero driving us there and back and sorting the accommodation for us — mate, you’re a legend!

Anyway, as I said, having made the initial investment, the trips should prove cheaper from now on (well, if we avoid the casino that is! :D) — and to be fair it was well worth it as I loved it! In between catching my breath (high altitude can be a killer!) and falling over and muscle cramps, I did manage to get some photos done — so lucky to have such a beautiful day with plenty of sunshine and clear sky! So here they are.

The night of the arrival, our B&B (Vagabond Inn) — brilliantly located next to Heavenly Village resort! 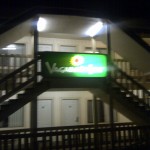 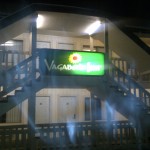 Bit dark huh? Luckily I got some photos in the morning too: 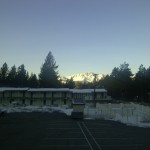 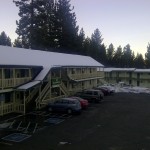 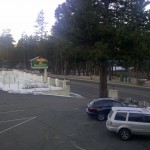 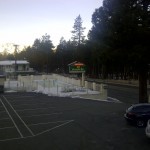 And finally, the snow: 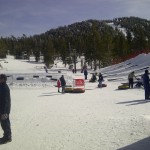 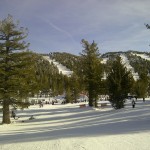 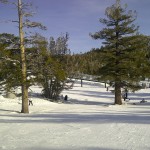 Unfortunately I couldn’t take pictures of myself — thanks to Denis though was around to capture me falling, we got some: 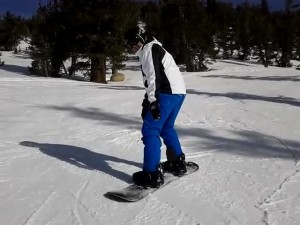 And here’s a video of me falling too 🙂 (It’s in mp4 format by the way, you might need something like QuickTime to watch it)

And here’s 3 of the 4 musketeers — Nikhil was his usual busy self already preparing the car: 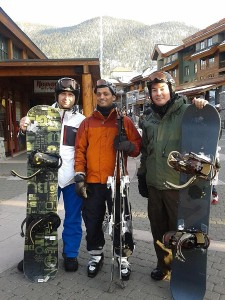 Last but not least, courtesy of Denis, here’s a view from the top — has to be said, being a beginner, I didn’t get that high (well, altitude-wise I mean! :D) 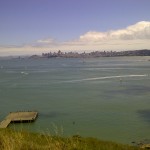