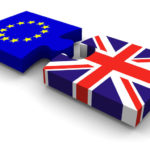 I have been following closely the Brexit referendum in the UK — I’m sure it comes as no surprise to those of you who know me. Because I am Romanian. And I am British. And I live in USA. And I care! I have followed the news online and listening to the likes of LBC Radio (thank you, TuneIn!) whenever I can.

There are a lot of concerns and ideas that the recent referendum vote brought in my mind, and perhaps in time I will get to share them, but one thing has been bugging me a lot recently and I wanted to expand on this a bit in this post.

I see all of a sudden everyone (both sides, Remain and Leave) are rushing all of a sudden to state that the vote was never about immigration and praising the immigrants in Britain from here to eternity. Great! It’s good that the powers to be (and the powers that were :D) are acknowledging this.

However, I feel this is all hypocritical! Not because the people making those statements do not believe what they state, but rather because I feel that everyone is pretending that this vote was never about immigration!

Sure, in their minds, this vote was never about immigration — but it seems to me that to average person (who, a lot argue from what I can see that wasn’t exactly well informed perhaps?) this was totally about immigration and getting all the “scum” out of Britain. Let’s look at the immediate reactions and all the hate crime reported right away. To the average person in rural Britain this was totally about immigration and throwing everyone out — let’s stop pretending and address the elephant in the room. Ask any Eastern European who found themselves in UK for other reasons than leisure (and even then they would not be entirely spared the comments) and they would tell you that they would constantly hear some sort of xenophobic comment behind their back. Starting from the “friendly banter” at work (friendly??? what’s so friendly about being told to “f… off to your own country if you don’t like xyz”???) to randomly hearing a comment on the street when speaking your mother tongue upon the same lines (I guess that would classify this comment as “friendly” too in the lines of the “friendly banter” at work?). The thing is, UK desensitizes you of this and you end up not noticing them — but this doesn’t make it right, does it?

This doesn’t in fact apply to just Eastern European immigrants, I heard similar comments on the tube practicing my French with one of my colleagues en route to work. And be honest, how many times you heard French people being labelled as “f.. frogs”, the Germans as “krouts” and the list goes on? Am I making a point here?

So when I hear everyone rushing to praise the immigrants in Britain it makes me smile. Because it is so clear to me that the majority of the “Leave” vote was in the hope that shortly after the referendum all this “scum” (as we are often referred to in the hateful comments following the referendum) will f… off to their own country — in the mind of average British Leave voter. Now they are told this is not what the vote was about — and I wonder how long before they start showing their true colors, it seems sadly this has already begun. Yet we refuse to see the sad reality in this. And sadly, we won’t do anything about this long-existing undercurrent of xenophobia yet again — because let’s face, the first step in fixing any issue is to admit that it exists. And this exists, it’s been there before and the Brexit referendum made it surface — and Britain is refusing to do anything about it… again… 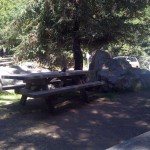