I decided to continue my short (so far) series on “tales from pre-1989 Romania” as it seems my posts so far triggered quite a few reactions. Mostly, I gathered from the folks in the Western world, curiosity. It appears that my readers want to know more about some of these (really odd) things that back in the day we just accepted (since there was no alternative) and got on with it.

One such oddity was the “Bucharest ID”, which is what I’m going to write about today.

A bit of context, for those of us who are not that familiar with the geography of that part of the world: Bucharest is (and was) the capital of Romania. It is also the largest city in Romania at about 1.9 MM people — though at some point the city counted over 2MM souls. Being the capital it meant that parliament and the president were always based here. (Yes, odd as it might sound, Romania was actually during the communist still a republic, supporting a bi-chamber parliament and a president… which, ahem, kept getting re-elected all the time 😀 ) This arguably accentuated its development throughout the years but whether that is true or not it’s sort of irrelevant; the truth of the matter is that the city has been for a while now the biggest and most advanced in the country. (By contrast for instance, my home town, Constanta, which ranks the 3rd in size in the country only counts about 425,000 inhabitants.) This has given it its own status, unique throughout the country — however, this was taken to a new level during the communists.

Most Europeans nowadays have an ID card — we can use it to travel freely inside the European Union, without a need for passport. It is a bit like the American driving license, which allows you to travel freely inside the USA without the passport — the reason we can’t use the driving licenses for this is because each country has its own format and it will take a bit to standardize these. Just as with the American driving license, these ID card contain details about the person such as birth date, place and current address.

Turns out that even before the revolution and before the introduction of the European ID card by the EU, Romanians had to have an ID card too. It was a slightly different format than the one we use nowadays, but nevertheless had a photo, details about birth and current address. These ID card were issued to everyone when you reached the age of 14 (don’t ask me why 14, no idea!) and you were supposed to guard them safely and carry them with you all the time. Also, whenever you changed the address, these cards had to be amended to reflect this — including (especially!) if you moved from one county to another. Because each ID specified your current location, people referred to them based on the issuing county, so you can have “Constanta ID” (if you lived in Constanta), or “Buzau ID” and so on. It didn’t really make a difference as to where these ID’s were issued, but people still used the name of the county to refer to them sometimes mainly for comical reasons — as with every country, there are always some friendly rivalries in between the north and south, west and east etc, and these ID’s helped the banter at times 🙂 However, as a one last aspect, having an ID for a certain county granted you also the right to work in that county — while it was just a formality, it was required that if you relocate (for work for instance) to another county, you need to get a new ID card from that county before you could work.

Now moving from one county to another was an easy to do thing as you can imagine: you pack your stuff, go to the new county and settle yourself there. (Of course, you have to notify the authorities of your new address as I just mentioned.) There was however one exception: Bucharest! 🙂 You could NOT decide to move to Bucharest just because, oh, no! The only valid reasons for being allowed to move to Bucharest were:

Being the capital and the largest city, the night life was much better in Bucharest and there were more job opportunities (and more money!) in the city which made having a Bucharest ID very enticing to a lot of people. In fact there was a movie, very tongue-in-cheek, made during those time called “Bucharest Identity Card” (in English translation) which dealt exactly with the (hilarious) situations a character goes through, including marriage, to get a Bucharest ID.

Having been through quite a bit of immigration myself in my life (I lived in Dublin, UK and nowadays USA), now that I look back at it I realize that really Bucharest was a bit like a state in a state. You could enter and visit it but if you wanted to stay, literally you had to go through an entire visa process! And just like with the visa, there are only about 3 types of them: work, marriage, studying. (Granted, modern societies nowadays have expanded that range to a few others — such as “au pair” programmes and so on, but I will argue here that all of them are still of mix of these 3.) It was literally the case that the authorities were trying to ensure that only the bestest and brightest “imports” ever made it to the capital — and as a side note, that gave the inhabitants a bit of an arrogance towards the rest of the country 🙂

Going through the move to Silicon Valley not so long ago made me think about this: the Valley, is argued here, selects the best of the best of the best when it comes to technical talent. And for all of us who made the move over here, I’m sure we can agree that the immigration process is lengthy and complicated (thank God for companies who sort out the details for us). And getting an L1 or H1B or a green card is, ironically, very very similar to what getting a Bucharest ID was like back in the day. Who would have thought? 🙂

I can't give you brains, but I can give you a diploma. (Wizard of Oz) 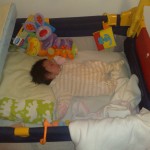