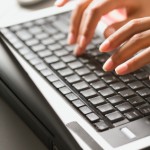 It’s interesting what LinkedIn can reveal sometimes to me. Every time I log in and have a look I get a huge stream of updates from friends, old colleagues and people I’m connected to — nothing new there, this is a common pattern in social media nowadays. Sometimes I see certain connections changing jobs and often I go and read more about the new job they embraced, congratulate them or even engage in a discussion to find out more. It’s occasions like these which give me a chance to actually spend some time going through my connections full resume. (I confess that if I don’t meet/connect with someone for a year or so I tend to forget details, so something like this provides me the perfect opportunity to remind myself that John used to work at XYZ as a something-or-other before he moved into company ABC where his/her career really started to rocket.) These moments spent re-visiting someone’s LinkedIn profile paint a better picture for me at times than simply looking at their skill set and experience: who they worked with, what sort of trajectory they have, which then tells you a lot about where they are probably aiming, how quickly or slowly they progressed, which environments they liked and which they didn’t and so on…

And occasionally, these snippets of time spend on LinkedIn reveal some interesting (though disappointing) things: people occasionally lie a lot about their jobs 🙂

Ok, so let me expand a bit on this idea, now that I (hopefully) captured your interest.

I’ve worked in a few companies in my time by now, internationally and in USA — as such my “network” is rather large, and quite a lot of them are actually people I worked with, whether in the same company or we were each other’s client or partner. As such, I recall at least loosely the kind of job and responsibilities some of my connections had in the company they were working when we met — whether it was because they were working in my team or because as I said we had to partner up and work on few projects together. So when I look at their profile and see that a few jobs later they re-edited that part and totally re-vamped it, it makes me raise my eyebrows!

I totally understand one’s need to continuously re-arrange some of the things in your resume — we pick up certain specializations we want to pick up, or want to drop skills from our resume which are long gone and as such wouldn’t do us any favors being present there and so on. That is totally normal for someone who cares about their career. What is not normal is claiming a job that never was 🙂

I’ll give you a few example (names are all made up by the way, I’m not trying to expose people here just to share my thoughts about this phenomenon): John used to work years ago in a company (X) at the time we partnered with. He was a software engineer. At the time that section revealed the project he worked on and his skillset for dealing with those projects. Years have gone by and John has changed by now 4 jobs. And if you look at his resume, it now reads that while he was at X he was … Director of Engineering! I thought at first perhaps he got promoted — though I knew there were a couple of layers of management above him so that would have meant a stellar promotion for him! Intrigued, I actually looked at other ex-employees in that company at the time and figured out that my dear John never stepped into management in that company. However, looking at his resume again, I figured out that he needed to showcase some prior managerial experience to get the current job (he is actually employed as a Director of Engineering in his current job, according to his profile) so he “adapted” some of his older jobs. Of course, it would be tricky to adapt the profile of the job you are currently in as your employer would notice (and probably ask you to remove the bending of the truth); however, when it comes to a job you have been in 10 years ago or thereabout, hardly anyone would remember you in that company. A lot of the people who were there with you left and the ones who are there now weren’t there 10 years ago — so even if they see your profile they have no idea that your LinkedIn suffered a bit of (ahem) improvization.

It gets even more interesting when you are dealing with companies which no longer exist: who can prove or otherwise that you were never a VP of Engineering at a company who has in the meanwhile been broken into smaller bits and sold separately to about 3-4 other companies? Even if someone who worked with you looks at your profile they will probably think: “well, he/she probably got promoted after company Y bought their division! I went with company Z which bought our division so not sure what happened with them.” This is where imagination seems to run wild with a few of my connections: title “abuse” which occurs on the basis that no one can verify easily those credentials 🙂

Another case, which granted I only saw once, was a guy who came in my network recommendations as someone I should know because we worked together at company A. Incidentally that company was small — I like my startups as you know 😉 — so I thought I should know him. I looked at his profile and couldn’t recognize the face. Going through his connections it turns out he’s not connected to anyone in company A. My curiosity had the better of me so I reached out to company A’s CEO and asked him if they been hiring recently — and was about to congratulate him, thinking they raised some capital. He replied very bleakly that it was in fact the opposite situation as they are considering laying off people and they haven’t made new hires in more than a year. (Good job I didn’t send the congratulations email at the same time!) Turns out this person was trying to enrich his resume, no doubt with a view to use it as ammo in searching for his next job; in doing so he thought choosing a small company will get unnoticed as no one heard of company A and won’t be able to verify whether he was or not a senior engineer there. (And truth is, if it wasn’t for me, he would have probably gotten away with it.)

Last but not least, and probably the most common case though, is where I see my connections “enriching” their resumes with attributions which never were theirs. The line that used to read “I worked with a team of N engineers in implementing and rolling out project X” now reads “I was in charge of managing project X and the team working on it”. Hmmm… it’s interesting how from being a CTO in a small startup, which meant at the time you write your own code, do the testing, deployment and support just like all the other 3 techies in the team — nowadays the same people define themselves as being instrumental in steering the company and setting up the technical roadmap 🙂

And all of this actually work for a simple reason: in most job interviews, most interviewers only tend to concentrate on the last job. They will glance over the entire list (director of engineering at X — check! VP of engineering at Y — check! applying for CTO at our company — check, profile matches, let’s hire them!). I’m sure that if they dived in a bit more into all these jobs that never were an interesting discussion would crop up during the interview 🙂

Meanwhile though I am giggling to myself every now and then when I see this occurring and somehow feel sorry for the companies hiring these people — as their decision to hire these guys was all based on a job that never was…. Well, I’m sure it will work out great in the end 😀

When I gave her the ring, she gave me the finger. 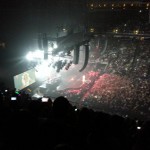