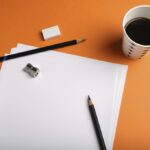 OK, if you never read Douglas Adams‘ work, then the above title might read odd for you — to say the least! On the other hand though, if “The Hitchhiker’s Guide to the Galaxy” is familiar to you then you gathered by now where I’m coming from. (And even if you don’t, read on — you will hopefully “get it” regardless!)

It’s amazing, first of all, who reads my blog — and when I say “it’s amazing” I mean “I’m amazed” to be fair! I thought it was a combination of member of my family back in Romania and my employers (and previous employers) — by the way, hello to y’all! 🙂 Little did I know that this does not constitute in fact the majority of it! Contrary to my (ok, I admit, rather pessimistic!) beliefs, it turns out that the majority actually is a mix of google searchers as well as others reaching my blog through a mix of Twitter, LinkedIn, Facebook, G+ and the likes… Most of these people I don’t know and I don’t ever meet (sad as it might be, that seems to be the harsh reality of the Internet nowadays) — however, on the odd occasion, I do bump into people who have nothing better to do with their times than read my blog (ok, ok, I know I am being sarcastic, but it’s allowed, since it’s directed at me! :p); it is one of these people who I have met recently and the discussions around my blog which triggered this particular post. I very much doubt it they will ever get to read this — I am inclined to believe their opinion on my blog (and as such on myself) is — while justified — rather one that won’t change, however, I am not writing this for their eyes only — having talked like I said about certain bits in my blog with them, I feel I need to get this “out there” for any other readers of my blog… so here it is….

The person I’m referring to turns out to be a recruiter — and I have all the reasons to believe a very good one at that! — and by whatever coincidence and accident of nature they have actually read my posts about recruitment on this blog. Now I will give you the fact that any recruiter who reads what I’ve got so far on my blog about recruitment will probably pick up a shotgun and come to hunt me down; however, that wasn’t really clear to me until recently: it appears that reading my blog indeed I am showing nothing but hatred (yes, that word was intentionally chosen) towards recruiters in the IT sector! And I was left with very little arguments in front of this recruiter earlier on, because there is nothing I could have said to prove otherwise!

And that’s when I realised that I have been totally unfair in highlighting just the negative sides of the story — in this case recruitment — and never gave the other side a chance to come through in my blog. Hence this article — and hopefully others to come…

First of all, let’s make one thing clear here: I am not writing this because I’m looking to sweeten up any recruiters in the Valley in the hope to move to a better job — because let me state one thing in clear here, dear recruiters: I cannot work for another company! (The “want”, “need”, “would like to” and so on has nothing to do with it by the way: just simply my visa does not allow me to, and as such let’s not waste time on this!) So it’s not that which triggered this article — just to make that bit uber-clear!

It’s because I have never actually acknowledged, in my self-infatuation, those who helped me be where I am now — and guess what? There were a couple of recruiters somewhere in there! As I was leaving Xiona Technologies ages ago, there was someone who got me in touch with Cimage UK (at the time, later on Cimage NovaSoft — and I honestly don’t know what they’re called nowadays!) and out of all the interviews I went through at the time I have come to realise that actually someone put thought into matching me with that company as I liked the guys and the product (not to mention I passed all the technical interviews) right away. So when it came to choose in between Cimage and 2 others, I have accepted Cimage’s offer and I found a happy “home” there for a while. I have probably never thanked that guy enough — and the reality is he went unnoticed, like everything that works well: you only ever notice the bad experiences, right?

From there on, it was someone else who introduced me to Vibrant Media, and there were people in Vibrant — same as with Cimage — who decided to give me a chance…. the rest is history so to speak as these 2 experiences on their own operated as a CERN-like collider, enough to accelerate my career towards where I am now.

I never spoke of the recruiters who helped me along the ways, because they were the well-oiled cogs in the mechanism who worked so smoothly and beautifully that made it difficult to realise they’re there! However, getting back to my previous posts about recruiting, it’s because there are recruiters like this who go out there and find the job for you and make the whole interview-after-interview-after-interview seem like such an easy experience that I blog about the bad ones!

I was one of the lucky ones, I’ll admit it, in fact I was spoiled in what happened to me — and part of that was due to a handful of people who were involved in these recruitment process! To the point where I wish a similar experience to everyone else going through this process — and it’s when I found out that there are idiots out there spoiling it for some of us that I errupt… and that means in most cases, bitch, moan and blog about it 🙂 For every single bad recruiter out there, there’s the possibility of a bad candidate sent to an interview, of a wrong choice in terms of career, ultimately of someone tripping and falling…with a bit of help! It’s those guys who make recruiting a nasty experience that I’m not fond of!

And I have been on both sides of the story — being a candidate as well as interviewing candidates — and I had learned to pay a good recruiter their weight in gold, because, damn it saves me time and nerves! yet I have learned that those who are bad at it deserves a lot more attitude (and occasional swearing!) than the good ones deserve their bonuses! Because while a decent recruiter will know when to back off, when to engage and when to just take their paycheck say thanks and retreat only to reappear later on when you need them again — the bad ones are there to stay until you smash the door in their faces. And are there to stay at the cost of candidates having their dreams and hopes shattered, in exchange for the almighty bonus exchanging hands…

I do not hate recruiters, if this hasn’t become clear so far: how could I??? I am where I am because of you guys, I know that! But you’d better clean your ranks of all the rubbish ones amongst you, because we won’t allow them to ruin others’ plans. And no, that doesn’t mean we hate you, it means we don’t like them (and I know for a fact that neither do you!)

P.S. Do I need to remind anyone that no, I cannot work for you? 🙂 Please don’t send me any more LinkedIn emails on this! 🙂