Just spoke with an old Romanian friend of mine who told me this joke, which was famous in Romania during the “old times” and I thought I’d put it out here as it’s bloody hilarious. Quite likely “oldies” like me will laugh at this, but for the Romanian youngsters out there probably means nothing. Sic transit … so to speak 🙂 (As a heads-up, this is a Radio Yerevan joke.)

Is it true that comrade Stoianov won a family holiday including the airplane trip to New York, USA and back following your last week’s radio broadcast?

Yes, that is true, however, a few corrections since you haven’t got your facts quite right:

Thank you for your question!

Paradox of statistics: 1 million monkey can hit random keys for 1 million year and can generate "Hamlet" but not internal Wiki documentation. 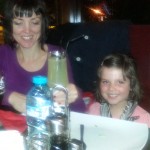