Yet another post in the series about pre-1989 Romania. Now that I started publishing some of these, I became more self-aware when I get asked questions randomly about my past — and they stick with me and if the question pops up more than once I end up writing these posts.

One such question encountered a few times recently was about TV. Back when I was in Europe often I’d feel left out about discussions regarding TV programmes in between my mates back when they were young — and invariably when these discussions occurred and I couldn’t participate someone would ask me: “what TV shows did you use to watch growing up?”. And at this point my answer is always the same, very simple, yet always triggering a long discussion: “None” 🙂

And in order to explain this, I’ve decided to write this post.

When I grew up there was only 1 (yes one!) single TV channel in Romania — it was called TVR1 and it didn’t actually broadcast 24 hours a day. In that it didn’t even broadcast throughout the day. From what I remember I think it would start broadcasting around 6pm and would finish about 10-11pm. And as you would expect in such a regime, a lot of it was Communist Party propaganda… so no one was watching it really 🙂 There was the occasional movie once or twice a week — but most of the programmes were produced in Romania. (Granted, there were some interesting Romanian movies too but again, quite a few of them were propaganda.)

Saturday, back in those days, was a full working day — however it was typically a short day. That is to say that you would finish working at 3 rather than 5… As such the TV programme on Saturdays started around 3pm, and would have a slightly more varied schedule. Typically there would be a variety programme in the evening and some sort of funny stuff for about an hour during the day. Also, on Saturdays us kids would get about half an hour of cartoons — which varied a lot in quality. Often there would be Romanian cartoons, which I can still remember and sometimes were entertaining, but every now and then we would be treated to some Tom and Jerry or Bugs Bunny and the likes.

Then Sunday since it was a day off the TV programme would start at 10 am with an hour of kids programme. Typically would be some sort of series such as Ciresarii or Racheta Alba which is still remembered by people my generation. Then we would be treated to another half an hour of cartoons — wow! 🙂 I can’t really remember what else was going on during a Sunday — but couldn’t have been something interesting because I would have remembered it 🙂

Oh and one last detail: it was all black and white. Color TV sets started becoming available cca 1988 but it took another year I think for the TV channel to broadcast in colors. So all this time growing up all I could see was a couple of hours of black and white crappy TV a week 🙂

The lack of TV back then though had interesting effects in the society: everyone was more social!

It’s easy for adults nowadays to get home and turn on TV and plonk yourself in front of it with a glass of wine and just get lost into watching some “stuff” with very little interaction during the program. Well, that was simply not possible during those times — unless you really really really were into all the propaganda stuff 🙂 So instead of being quiet in front of the TV, the adults preferred instead to socialize with each other, to read more (yes we did have books 🙂 in fact loooots of them, since it was pretty much the only activity the government didn’t frown upon) or spend more time with the family. And by spending time I don’t mean just being at home but actually being involved and active in the family life.

On the other hand, the kids were doing the same. This is before the PlayStation era, so we didn’t have a console to sit around it the whole day and play. Instead we were literally forced out of our homes outside to play. And since you are outside of course you end up playing with other kids — which in turn helps develop your social skills. It teaches you as a kid from a young age social interaction, how to make friendships, how to deal with other kids you don’t get on with — and how to adapt and improvise 🙂 It wasn’t every day we were able to get a football to kick around so you had to make do with whatever was available and whoever was available. You’d start the day playing hide and seek only to find out half an hour later that’s not enough of us anymore to play it so then you switch to something more low key games such as charades until the key with the football turns up 🙂

There are 10 types of people: those who know binary, and those who don't! 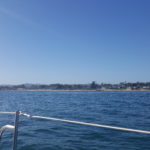