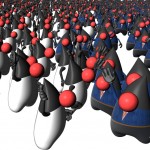 I did a few of tests on sourceforge after it started — and I’d invite you to do the same to get an idea:

1. Trying to join a project started by one single individual

Well, I didn’t get a reply to my initial mail for weeks — I’ve tried it with 2 projects. In the first case, the guy has actually abandoned the project half-the-way through and because of this he didn’t bother reading his emails that regularly on the email address registered with sourceforge. So anyone waiting for a release for that project would have been waiting long and good!

Second guy was even more interesting: I could see there was activity on the project (he kept committing files to CVS) but he wouldn’t reply. It was only after he made the first release that he replied, pretty much saying that it’s a personal project and he wants to keep it to himself kind of. Very polite but he basically said “Thanks, but no, thanks”!

So I gave up joining somebody else’s project.

2. Trying to start a project similar to something already hosted on sourceforge

Well, to be honest, to me it doesn’t quite make any sense: if there are other projects similar to what you want to implement, why should sourceforge let you start another one? Why not make you join one of the existing one?

But then, thinking about the experiences described in paragraph 1, I guess there is a reason in their madness. However, that leads to tons of similar projects started (half of them never-ever to be finished!), each one offering its little different “hack” (call it “feature” 😀 ) — which frankly, I think does very little for the community. (Even worse, in most cases each of these projects offer a different API so you can’t switch in between them just because you want an extra feature.) So why not have one (or maybe more, but they will then have to shared the same APIs so the user can switch in between them) that implements all these features? Surely one package with all the features will benefit the developers more than a hundred incompatible packages, each with its own feature set!

3. Waiting for developers to join your project

Hint: the answer is somewhere upon the lines NONE! I had waited for weeks just to make sure — made posts on the project page looking for developers and yet not a single one has actually requested joining the project.

So, if you are planning to start a project on sourceforge be prepared to be on your own. Which kind of defeats the purpose of hosting it on an open-source website, don’t you think? :O

While initially I thought that the lack of offers from developers was due to the lack of interest in the community for my project, I came to realise that this wasn’t true: since my project has been hosted on sourceforge, in the same category there had been 3 other projects similar to mine starting up. I’m not worried about claiming plagiarism here — after all, in an open-source environment you are releasing the sources, the idea and the binaries, so people can do whatever they want with it, including starting a similar project — but I’m more worried about the fact that it appears that when someone wants to start a project on sourceforge they give very little thought about whether there is an existing project for their idea or not.

This links with my comments in paragraph 1 and 2 though, and in a way, again, I can see why. However, with the risk of repeating myself, the whole idea behind open-source is to share your ideas, your code and the effort involved in producing a piece of software. Definitely not the case with sourceforge then!

Finally, I have checked out some of the projects that are reported as most active — some of them look decent, I must say, and they are actually developed by a group of people rather than one single individual. However, I am more and more inclined to believe that this is an exception rather than the norm on sourceforge, which seems to be a site that just opened the doors to individualism and non-cooperation in the open-source world.

I think animal testing is a terrible idea; they get all nervous and give the wrong answers. 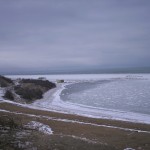