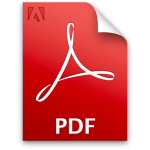 It’s interesting what one can find when cleaning up an old laptop before dumping it 🙂 Old photos that I’ve long forgotten of (some embarrassing ones too, omg the haircuts I supported throughout the time! :D), snippets of code back from the day when technology X was just coming out of its stables and I was trying my hand at it (again, some of them rather embarrassing as they never really took off, so in hindsight that was just a waste of time) … and in the case of yours truly, also snippets of blog articles and ideas that I was working on ages ago which again never saw the daylight. In this particular case, I came across a blog article that I nearly finished back in the day but never quite finished — and then other projects captured my attention so I buried this in the hard disk and left it to rot 🙂

This particular article I think surfaced in the early days of my aws-version-mgmt project on SourceForge (what happened to them? It’s all github and bitbucket nowadays..) — and as the work was progressing on that and I was looking for volunteers to lend me a hand at this open-source project, it occurred to me that some other open source folks might benefit from my experiences and learnings from this so I put together this (rather long) article. Since it’s quite long, I’m going to attach it here as a PDF — feel free to download it and spread it — however, just to save you some time and help you decide if this is something worth your attention, I’m including below some snippets from the article.

For the impatients among you, here’s the link to download the PDF — for the others who like perusing first, here’s some snippets from it:

This book is the synthesis of the work that I have carried out myself in starting up an open source project and driving this through sourceforge.net – from concept to implementation to making it available on sourceforge.net and then recruiting a team of enthusiasts and managing the development and the release process from there on.

It is meant to help others who are interested in developing a project and making it available to the community using sourceforge.net, however, they might be scared at the prospect of what a complex task this can be become.

The original project this book is about is still alive on SourceForge; the project is called “aws-s3-version-mgmt” and you can check it out for yourself on SourceForge by visiting this link: https://sourceforge.net/projects/awsversionmgmt/ . (And if you are that way inclined, by all means join our community of developers and contribute to it too!) The book will make often references to various tools and features offered by SourceForge and will provide links to these sections on the above-mentioned project site. So be warned ahead that I an un-ashamingly promoting this open-source project by doing so, but ultimately it’s for a good cause as well as I feel it provides a better context for the readers of this book.

Why SourceForge? There are many other open-source incubator sites out there – github.com being one of the most prominent ones at the moment – however, having been a SourceForge user for a long time (I did find myself many times downloading and using components hosted there!), and bearing in mind my rather poor knowledge of git, I opted for SourceForge when it came to starting this project. As many entrepreneurs around the world will tell you, when it comes to starting a project, you need to iterate quick and often, and as such, you need to start by using what you know – as the project evolves you can start looking at leveraging other tools and frameworks, but to start with choose the one that’s going to get you quicker to the goalpost. Hence SourceForge, in my case.

Start simple again – build just a simple “developers” mailing list, and once it’s ready add yourself to it. You will be the administrator for it and I suggest a few settings for your list:

The rest of the default settings for the mailing lists I found to be ok, but feel free to tweak it here and there if you need to.

One last thing, as I said, it can take sourceforge a few hours to create your mailing list – so first just proceed to setting up the list and then I’d advise you to allow it 24 hours before you go to setting up the rest of the options described above. This way, by the time you get to making changes to the configuration you will be 100% sure that the list and all the components around it has been set up and finalized.

The purpose of most open-source software projects (on SourceForge and otherwise) is to provide some tool or libraries or framework the user can download and use. In the case of Java projects this typically refers to a bunch of classes – in most cases grouped together in a jar file. (Typically these are referred to as deliverables or binaries.) This file is normally generated by your build process – be it ant, maven or some other tool.

In fact let me rephrase that: this has to be generated by your build process! What I mean by that is the fact that you need a build process which automates most of the tasks – including generating these binaries; rather than having them packaged by some manual process. A manual process requires the person building the packages to remember a set of steps, each one with their particularities. Since you are going to set up the build process, these steps would probably stick in your mind very well and you might argue that you can’t possibly forget them. Also you would argue that you could put it on the project wiki – and that’s true, you can! However, imagine that your project develops enough traction to get the attention of a few developers – and they might or might not pay attention to the wiki page or they might even forget some of the steps involved. And in an open-source environment you can’t really take the approach of “I’ll be the only one performing builds” – or if you do you will find that you end up consuming a lot of your time performing admin tasks (i.e. creating a release and uploading it) rather than concentrating on implementing and coding your project! There are lots of articles out there who explain why this is so I’m not going to stress on this, but just enough to state that you have to tailor your build process such that it produces all the binaries somewhere in some directory.

Read the rest — again, remember, this was written about 4-5 years ago I think! — by downloading the PDF (if the above snippets suggest that this is worth your time).