I just started a new open-source project on SourceForge.net — I know you github fans will jump at my throat for using sf.net and not github, but I’m being pragmatic here: I’m still learning my git commands and way of operating, whereas I’m very comfortable with subversion so rather than spending countless hours each day trying to figure out how to merge in changes in git, I thought I’d go with what I know and spend my time on actual coding rather than admin! Makes sense?

Anyway, the reason for this post is because I need some help with the project (as it’s always the case with open source) so I thought I’d raise awareness to my readers of this — who knows? one of you guys might lend a helping hand?

The project is a Java 6-based project (hence the Duke image 😉 ) and uses Maven as the build tool. (As mentioned above, the first project link page was generated by maven and deployed to sf.net through Maven too.) However, don’t let that scare you — the reason I choose those 2 is because that is my standard development environment on a few other projects I work on — at the time I’m writing this, there’s hardly any Java 6 particular features I’m using in the project, and maven makes it easy it seems to plug into any IDE you might use. (Having said that though, one of my ambitions for this project is to implement some components using the Java NIO packages — at which point probably the Java 6 dependency will be justified.)

A bit about the project, which, in fairness, is not rocket-science: its aim is to provide a few handy RMI socket factories and group them in a library. I say handy because by default the RMI implementation in JDK sends the data unecrypted and uncompressed: it simply serializes your objects and sends them over the wire. This is ok for most RMI-based applications, which exchange little data and not at a high rate, but as I said, there are a few issues with that:

Now having given you the brief on what the project does, here’s the other thing: I do need some help with testing this — from unit testing it (unit testing sockets is a bitch! 🙂 ) to running more complex tests, like CPU consumption, bandwidth analysis etc. So if you got some spare time on your hands and the above sounds interesting to you, visit the project page on SourceForge and join or drop me a line here and we can work something out on how to progress with this — I would really appreciate any help, obviously!

Hopefully this post will get more visibility (at least for now) than the project’s own page on SourceForge and I’ll get a few replies (fingers crossed!) — failing that, visit the project page in a few weeks when hopefully I’ll be in a position to make an alpha release of the library.

Let me in or I'll come in there and kick your ass until you do! 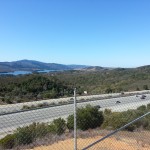