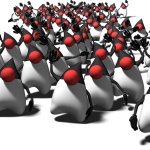 Ok, I need a good moan about this to the extent that it deserves its own blog post, but I had it with the bloody Thread.sleep() method in Java!

I know it was the only way to “sleep” back in the day but seriously, but seriously, we have TimeUnit since JDK 1.5 — and nowadays we’re using Java 8 and Java 9 is already on the horizon, so that argument doesn’t hold anymore.

Every piece of code I look at forces me to do all sorts of mental computations just to figure out what is a simple Thread.sleep() saying.

Here’s a few examples, to support my case (ahem, moan!):

This one is actually simple, but you have to spend time counting the zeros to figure out whether it’s a 10 seconds or a one second sleep. You can argue:

Might “fix” that — but you still have to do the mental computation of transforming to seconds — it just so happens that it’s an easy one to do quickly in our minds that we don’t even feel it! I would argue though that this is much much quicker to interpret:

And while the above is not the best argument, here’s one:

Now you tell me without having to count the zero’s what the heck is this call doing? And I can tell you it does the same as this:

But it’s bloody difficult to read!

Seriously, we had TimeUnit since JDK 1.5 — the days of JDK 1.2 are long gone, so can we please drop the cryptic Thread.sleep() in favour of the TimeUnit approach?

Real programmers can write assembly code in any language. 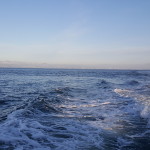