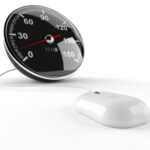 I was talking the other day with a friend of mine who’s by no means a techie — however, she decided to switch to Firefox (rather than using the pre-installed Internet Explorer which comes with Windows). I was a bit puzzled (in a good way) to find out about this so I asked why. And the reason I was given was left me speechless:

At first I thought perhaps I didn’t understand exactly what she was trying to say, but no, she was quite firm about it: Firefox worked better and faster on her PC! Talking to her more about it to try to figure out how did she get to this conclusion, I realised what was going on: obviously, by default, Windows uses Internet Explorer as a browser — and that is the only browser you will get pre-installed on any Windows that comes with a new PC you might have bought from PC World, Currys etc. Once you start downloading some utilities to customize your PC (MSN Messenger, Yahoo Messenger to name just a few), these by default tend to install their own toolbars in Internet Explorer — and that is because most people when installing something just tend to go Next, Next, … Finish — without (un)ticking any of the option boxes presented during setup. And that means before you know it, when you start Internet Explorer it will take forever because you will have an MSN toolbar loading, a Google toolbar, a Yahoo toolbar, possibly a WinAmp toolbar, an Alexa toolbar and quite likely a few other plugins (Adobe Flash, Adobe Reader etc) that need loading as well.

Obviously, these plugins would install themselves in Firefox as well, if that was present at the time, but because it’s not, you will get just the IE version — so when you finally decide to give up on IE and install Firefox, you will end up with a clean version of the browser, with no toolbars and fancy stuff — which needless, to point out, will load up much faster (and quite possibly browse the net much faster!) than IE.

And I think until the likes of Firefox, Opera etc will be pre-installed on new Windows PCs, so they get to suffer the same treatment, people will quite likely switch to Firefox after about a couple of months of using their new PC — agreed, possibly not the best reason, from an IT person’s point of view, but a very good reason from the user’s perspective.

So there’s no easy way to put this but it seems that occasionally Microsoft (and the shops distributing their software on a new PC) seems to have shot themselves in the foot this time by forcing their browser only on people’s PC! 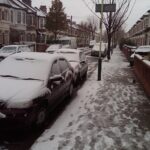