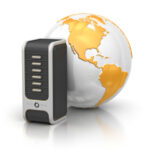 Maybe due to the fact that I have been involved throughout the last few years of my life in online advertising, or maybe because of the nature of the people I come in contact with frequently but the above phrase has become a common occurrence in daily conversations. I bet some of you reading this think the same – which doesn’t make you odd at all just makes you part of the audience online advertising is not targeted at. There are lots of users out there who totally blank out advertising found on web pages – same as there are people who don’t pay any attention to a supermarket’s “power aisle” and their latest offers: they just want to walk in, buy exactly the bits they want and walk out as quickly as possible. (As it turns out a lot of times this proves to be more expensive than having a look at the daily offers – but that’s a different argument centred around whether advertising is really useful and that’s not the point of this post so maybe i’ll come back to that in a different post. ) Point here is that there is a (large) segment of the audience which are the usual target for online advertising and another segment who are not the targeted audience. Out of the latter there is another segment who hate online advertising with a vengeance and would do anything they can to stop it. These guys are the ones I’m going to address in this post.

Most of these guys would run all sorts of ad blockers which block any requests going to the likes of google, kontera and so on. This means the browser intercept all calls that are going to be made from a page to these advertising companies and prevent it at source from happening. So for instance yahoo or any other company they are blocking would never know you actually viewed a page as they’ll never get that ad call. This does quite often leave blank holes in the page, where the ad unit was supposed to be, however the guys running the ad blockers don’t seem to mind that, safe in the “knowledge” they got their revenge on the advertisers. The truth though is exactly the opposite as the advertising companies could not thank these guys enough for their doing! Sounds odd? Well think about it:

Every piece of advertising you see on a page costs an advertising company money. That’s because somewhere in their network a server spent some cpu processing your request – cpu cycles are expensive. And so is the electricity needed to run that server. And the hosting. And the administration, setup, maintenance etc of that server. Plus database costs, caching and so on. Then having processed your request that server needs to serve you a piece of advertising – and that translates to using some bandwidth which is expensive too. And probably some CDN – they don’t come free either! And another expensive part comes from the engagement and click through reports which you are lowering by ignoring that ad on the page: companies are paying top dollar to have their adverts served to the intended/targeted audience: these are the guys who will generate an increase in company profit as a direct result of advertising campaigns. Having paid a fortune for an advertising campaign only to draw a report at the end which tells you that your ad was viewed by millions but never clicked once or clicked but no one actually went to buy anything typically means that advertising company which managed your campaign will never close a deal from you again or even worse they don’t get paid. And by allowing that ad to appear on the page and not interacting with it you are digging the hole pretty much for the company that served that ad – be it Yahoo!, Vibrant Media, Echo Topic or any other.

Now let’s get back to the ad blocker guys: they actually prevent the browser from making the request to the advertiser thus saving the company some cpu cycles, some power, some bandwidth and some storage. And on top of that because the ad was never served it will not skewer their CTR and other statistics – in fact arguably will improve their statistics: 3 clicks for 4 served ads (75% CTR) is better than 3 clicks for 5 ads (60% CTR) which would be the figure if the 5th ad was served to someone who doesn’t click on the ad. (whereas the 75% figure remains constant if the 5th user uses an ad blocker so the 5th request is not “seen” at all by the system.)

Evey time I discuss this with someone I find it useful to bring up the plane seat analogy: there is one empty seat on a plane leaving tomorrow and it’s heading to L.A. and you are the lucky winner of some lottery organised by the airline company. So you get a call in the evening telling you to pack your bags and be in the airport tomorrow as you’ve won. You decide to politely turn down the free ticket offer (after all there’s hotter chicks in New York ;). At this point the airline company cannot thank you enough: if you take their offer they are losing money by taking you on board – however if you don’t then this seat is now available again for another passenger! This passenger could be another lottery winner like you, a premium customer who would pay lots of money to get on that specific flight and reach L.A. in time for their plastic surgery 😀 or a regular passenger who will pay a normal price. Or indeed it might be nobody – maybe no one wants to go to L.A. anymore (perhaps they found out Pamela Anderson moved her boobies somewhere else :p). The crucial point is still the fact that by not boarding the plane you increase the probability for the airline company to make money out of that seat!

Now imagine this transposed in the ads world: imagine (and its not that far from reality) that because of number of servers in their infrastructure, bandwidth etc etc the advertising company whose ads you’re blocking can only serve 1000 ads at any moment – if you’re part of those 1000 then the company is losing money; however if you turn your ad blocker on you are giving up your seat in that 1000 and therefore increase the company’s chance of making more money!

So if you really hate advertising, next time you see an ad from Google don’t block it: use the scrolling arrows and make them deliver you a few ads you’re not gonna click on! Or if you see the double underlined keywords from Vibrant Media, Kontera, Echo Topic or whoever else operates in this space nowadays don’t add their domain name to your ad blocker-hover instead over every keyword and make them serve you as many ads as possible on that page – you’re putting a hole in their pocket by doing so!

2 Responses to ““I hate advertising!””

Linux: an OS for people who want to tell Microsoft where to go today. 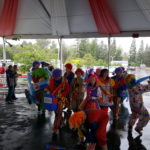