Just came across this from Kontera — another one of the ahem “in-text advertising leaders” alongside Vibrant Media and others — can these ads get more in your face than this?

I mean, it’s bad enough for the in-text solutions the fact that they exploit the accidental hovers over their keywords, which I find quite annoying (and it was one of the areas in Vibrant Media we tried to address constantly in order to improve the user experience) — but this one goes further: first of all the ad unit is huuuuuuge! I didn’t take a screenshot of my whole screen as I use quite a high resolution and as such you would have to scroll the image to see my whole screen, however, I can assure you that we’re missing only about 10-20% at the browser window at max — so you can judge for yourself how big the ad unit is! Secondly, they showed the very same ad twice in the same paragraph! That’s always a bad idea from a user perspective as it develops a user fatigue very quickly, so even users that might have been tempted by the ad on the first view, seeing the second one (probably by accidently hovering over the keyword) will just annoy the user and in most cases cancel the initial intention to click on it. And on top of it the Kontera ads have the bad “habit” of remaining on page for a while after user has moved the mouse — so you can see for yourself straight away that the outcome is user fatigue (same ad), user annoyance (takes over a large “realty” of the page — even more so when there’s 2 of them open at the same time! — and also the ad units remain on the page for a long period of time) and ultimately decreased CTR (each such page will generate 0 clicks per 2 adviews so your CTR will be decreasing rapidly for this campaign!). Not to mention that it would have been a fair chunk of bandwidth to serve that campaign that costs Kontera money. Seriously, have these guys have a product manager who approved this? If that’s the case and I was them I’d fire his bad ass right away 🙂 … but that’s just me! :p

And here’s the big boo-boo 🙂 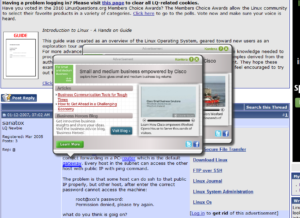 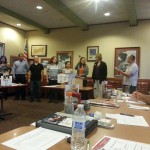 Pascal keeps your hand tied. C gives you enough rope to hang yourself. 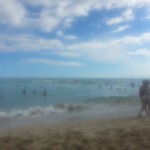