You might find the opening title of this post shocking – even more so as I’m involved with technology on a daily basis! – and while it is true that I have chosen a very striking title for it to grab your attention hopefully by the end of it you might agree with some of the points made here.

You know the old joke about the millionaire who decides to get married – he goes to an exclusive dating agency and gets to meet 3 women: a blonde, a brunette and a redhead. He asks all of them the same question: “I have 100 million ponds in the bank – if we get married what would you do with it?“. The blonde says “My darling, I would spend it all on you as I would dedicate my entire life to make you happy!“. The brunette says “I would put half of them aside for when we grow old together so we can have a worry free retirement, and the other half I’d spend it on cruises around the world with you my love!“. Finally the redhead says she’d invest part of it to make more money, put part of it in a trust fund for the kids and spend part of it on a comfortable life together. Who do you reckon has the millionaire chosen to be his wife? And the joke goes: the one with the big tits!

The reason for the joke is that I see a lot of that going on when it comes to technology nowadays: people go for the “shiny” aspect a lot – or if we were to refer to our joke, the big breasts! You can see that for instance in the Apple fans – Apple could sell a brick branded “iPhone 7” and as long as its got a nice shiny case with their logo on it, people will buy it! Let’s face it: nowadays there’s a very limited segment of users who buy the cheapest phone on the basis that “I only need it for phonecalls” – if it doesn’t have a camera and some sort of MP3 player you’re not gonna sell your device! And that’s not because people are buying into “technology” at all – its because it’s a flashy phone. The technology underneath the MP3 playing for instance is irrelevant to them – and you can have the best hi-fi MP3 player in the world your users won’t be able to tell the difference but they will notice your case is rubbish or the ear piece/hands free leaves a lot to desire for. And they’ll go for the BlackBerry cause its black and stylish!

Funny enough I was reading today – half the way through writing this on my way to and from work – an article from mikeonads.com and Mike was touching on the same things: technology might make it for you long term but initially you can have the hottest cake in town – if you’re gonna be blazee about it you won’t make a sale! If you think hiring the top PhD in town will give you a boost go ahead and do it – but if you sell you’re company in the end you’ll find out its for pennies because people don’t buy into technology!

Look at the eternal battle by now between Yahoo and Hotmail and Gmail trying to snatch each other’s user base: and do they move? Do they fuck! There was a slight move towards gmail ages ago but that stopped long ago – and while some of you might think that was due to their anti-spam filter or some other fancy technology, you can find out soon that it was in fact the 2Gb storage that google offered! It wasn’t some ground-breaking technology their developers put into gmail, or some wicked algorithms that delivered your emails faster and more secure – nope, it was the $0.01 per gigabyte times 2 per month they were throwing in. (In case you haven’t figured that means 1000 users storing 2GB each would cost Google $20 per month! And 1mil users doing the same would mean $2k a month – I know that sounds like a lot to you and me but for companies serving 1mil users a month that’s such a small cost! Even more that’s for 1mil users with a full inbox and I don’t know about you but I struggled to fill 0.5GB in about 5 years!So it’s probably more like $2k=10mil users.) More than likely the development of their threaded conversations and spam filters costed them more than offering that inbox capacity – and no one could give a shit! Because technology doesn’t sell your product!

Here’s another one: Facebook! You lot are all on it – and the main reason for it it’s not the fact that you can rate articles and based on that an intelligent profile can be built which can show you “only the updates you are actually interested in” – nope, I bet its not that! It’s because you can share pictures and chat in a “nicer” environment! Let’s face it: picture sharing has been done before and same about chats and nobody cared whether Facebook had a better technology about it or not – it was just nice and convenient!

Take a hybrid Honda for instance: it has more technology inside it than a Jaguar (ironically that’s why it’s cheaper!) but given all the money in the world who would buy the Honda? Very few-cause the Jag is shiny shiny! 😀

I see a lot of that in the online world: pimp kick-ass ad servers that are built on innovative solutions to give you real time reports – when most agencies pull a daily report and/or a weekly one. And they are struggling because companies go for the solution that implements prettier ads! If you have a highly technology-rich platform you have 2 options (at least): stay adamant that you are a technology company or vary your platform and hide the technology deep in the guts of your product (make a lot of references about your “intelligent technology” and how innovative and kick ass it is but don’t overdo it as you might scare people off! And make sure you wrap it up in niceties!). If you stay a technology company you’ll be left with the hope of someone buying you – however that someone will have to be another technology company as they are the only ones who could understand your technology! No one would be interested in spending time and effort to understand your technology – and buying a technology you don’t understand locks you into people who created it! But if you wrap your solution in a “blogging platform” for instance I bet you’ll find lots of interested parties! Because even if no one understands your technological breakthrough inside the platform they know about blogging so at any point they can take your uber-intelligent component out of the product and still be left with a blogging platform – which if they make pretty enough lots of people would use! So in that case you’re not even selling your technology but instead selling a blogging platform – probably for a big pile of cash! Now if you stay adamant in this scenario that you are not a blogging platform/company you’re left in the hands of the very few who are interested in technology and prepared to spend time to understand yours and then see the potential: “if we take that technology and plug it into a blogging platform we’ll have a wicked blogging product!” – and they’ll pay peanuts for your kick ass technology and then make a pile of cash from the blogging product – leaving you with little money and a lot of frustration about the fact that your ground breaking technology is used to generate pretty pictures in blogs across the net! Given the 2 options I know which one I’d chose!

This has implications on a lot of things in your company: hire techy geeks who love just technology and not building products and you just made your choice – and no, it doesn’t end with a big pile of cash in your bank account! If your developers are all about using the latest technologies and not product-focused, they’ll end up creating the most superb technology-oriented API’s for your platform but no one would use those as they’re complicated, and too technical – look at the likes of OSGI: Great idea to switch platforms on the fly but no one uses it as it has been developed by technologists for technologists and as such no one understands it! So if you have these sort of people in your company then get rid of them or add another layer of product-focused guys who will do the work you need for your startup and occasionally talk to your geeks and pass them some of the complicated work that no one really cares about but its needed for your product – even though ironically it doesn’t increase your platform value!

Getting back to mobile phones for instance: the ground-breaking 3G and all the other high speed connections have been no doubt developed by geeks with beards and sandals – yet that is at the bottom of pile of priorities in terms of things to invest in for developing their business!however acquiring new shinier handsets and offering them in packages to end users is top! If the geeks who were involved in 3G turned around and said “hey we invented a higher speed protocol” mobile operators wouldn’t rush straight away into a meeting with them – but if Apple, or Nokia or whoever else has a new handset coming out, all the operators will be knocking on their door straight away. And while it’s true there’s a lot of technology in a handset, again, that’s not what makes it sell-it is the shiny case and the “cool” MP3 player.

The list can go on – I’m hoping you’re getting the picture by now; bottom line is technology is way overrated and doesn’t sell! If you are still in the startup stage and have a kick-ass product technologically perhaps you might want to review your marketing strategies and maybe even reposition yourself if you’re still hoping for that massive pile of cash after a buy-out or an IPO. And have a look at the number of beards and sandals around the company – multiply that number by a couple of million quid and you’ll have a good approximation of how much money you’ll have to drop from your price when you reach that IPO. Oh and if you’re product is not shiny half that figure! Technology is for geeks – rest of the people just want “pretty” and “shiny” – and guess what? There’s not that many geeks out there!

2 Responses to “Why I Think Technology Is Overrated”

Nostalgia isn't what it used to be. 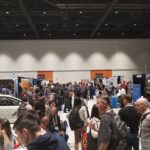