This apparently has escaped my attention until now — a program on BBC about “How to start your own country” featuring Danny Wallace; like I said, it seems to be not so recent but I missed it at the time, thank God for Dave and the likes who are showing re-runs of it 🙂 (Well, Dave and my having the whole day to myself nowadays 🙂 lol)

In one of the episodes, in order to find out what are good practices in terms of running your own country, Danny meats with Noam Chomsky and has a quick chat about what’s the best way to lead. And Chomsky, following his well-known political views gives him the following advice:

“To be a good leader, you should make it your goal to make your position redundant in the future.”

And that statement had me frozen — because it’s so true! If you apply this to a business scenario, for instance, you can see even more the truth behind it: any leader should only be needed for short periods of time until all the members of the team know exactly what they have to do and how such that the team can function as a unit even without the leader! I’d bet my bottom dollar that any company would want a leader that can make the team work even when s/he has the day off, or is in meetings, sick etc — rather than the opposite, where a team can only function while the leader is around.

Ironically though, thinking of pretty much all of my experiences with companies I have encountered throughout the years, it is the exact opposite of Chomsky’s theory that we experience everywhere 🙁 Sadly, even I more than likely played my part in that too 🙁

What goes around usually gets dizzy and falls over. 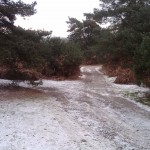