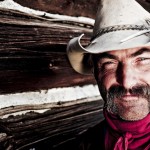 As you might have been aware I have started looking for a job (well, only just really 🙂 Now, that turned out to be a brilliant move in terms of brighting up my day! Because, damn, as much as I enjoy my late rising during the day (ah, how good it feels to get out of bed at 11:30! though come to think about it I used to do that when I was working as well :p) but I got so bored with daytime TV! 🙂 And I never realised that recruitment agents can be so much fun!

I got engaged in some of these discussions initially because I was bored and I fancied trying different accents when answering the phone however that proved to be time well spent since I was thoroughly amused by the arguments that these guys put up.

As a side note, speaking about the accents, if you’re ever bored, it’s a very good practical joke to play when your phone rings — try the following:

(Harsh Russian Accent): – Hello, this Liv phone, not now, leave message. (and then leave a long pause — pretty much everyone will hang on for a few seconds waiting for “the beep” and typically hang up while still making some four-letter comment :D)

The French accent again is a very good one — it puts them right off-balance since they are expecting an East European accent (me!) to answer the phone. Try throwing in a few French words just to totally put them off their sale pitch — since all that will be going on through their mind is whether Romanian people speak with a French accent or am I actually French? Has he checked the correct CV and got the right person or did s/he get it mixed up with someone else’s? 🙂

Anyway, back to the main point…

One of the calls I picked up earlier on was more than likely a junior guy who was trying to flog me a job worth about 20K less than my target. So I listened to him and in the end declined politely explaining my sought salary was much higher than what he had in mind (and by the way, dumbass, if you really picked up my CV from one of those job boards, the sought salary is in my profile!) and was expecting the discussion from here to come to an end (“Thanks very much, will keep your CV in our database blah-blah…”) when he actually turns around and says “But this is a fantastic opportunity, how could you throw it away!” Well yes, I’m sure it is … for someone else! 😀 So I just explained to him that it cannot possibly be a fantastic opportunity for me since it doesn’t pay what I expected. “Yeah, fair enough, but think about it, in a few years time you would have advanced in your position and your salary would probably be where you want it to be.” Now, this is nearly making me laugh, as his idea of time seems to follow that of the Cerenkov effect and therefore able to travel back and forth as needed: in a few years in the future my salary would be where I want it to be now! So in order to explain to him my point of view I turn the question around: “Would you accept 20K less for your next job?” “Of course, if it is a really good opportunity, absolutely!” So now he’s fallen into the trap, because it turns out in the end he earns “just under 30K” (call it 29K though you can bet your bottom dollar it was probably about 22K) — which means this guy would be happy to go to a position paying him 9K a year! Now at this point I started laughing out loud in my mind, because anyone who’s gonna drop 20K from 29K to 9K and has done so voluntarily, bloody deserves to do some work for next to nothing — either that or the job s/he does is not that good! I told him he’s an idiot and that I’m not willing to drop 20K and ended the conversation before I burst out laughing. First of all, why would anyone accept such a massive drop in their salary and secondly, since I’m sure we all agree that this isn’t true and no one ever does that voluntarily, why would someone bring up such an argument in a conversation “I would happily take a job that pays 20K less if it is a better opportunity?”, knowing, like I said, that it’s not true?

Now that hasn’t been the end of my amusing discussions with headhunters… Oh, no!

Another one calls me to offer me a junior position in a financial institution. Hold on there, which part of my CV mentions “financial experience”? None! Right, and which part mentions the “junior” bit? Or were the 10+ years of experience in my CV not obvious enough? So I’m just about to ditch this guy, pissed off already with the fact that he probably just matched one single skill in my CV to some job he’s got in his database and didn’t bother to check any other details when he says: “well, you could at least try it, it won’t do you any harm, would it to send your CV to more employers? It gives you some more visibility” Err…. hello? Wouldn’t do me any harm to send my CV to them? Well, in that case I guess it won’t do me any harm to send my CV to a striptease club, would it? So what if they don’t employ me — at least I get more visibility? (And don’t get me wrong, it’s not because I don’t have the move, but possibly the hairy legs might be a bit of a problem in such establishments… ahem … as I recall it :D) I think somewhere in the morning meetings with his team this guy’s wires must have gotten crossed — since he remember to use the argument about using some visibility in the market and spread your CV to more employers, but he obviously didn’t hear to the bit before which I sincerely hope wasn’t teaching the team to try to flog people’s CV left-right-and-centre!

The best one though came from a girl trying to get me to attend an interview:

– Hi Liv, I’m calling with regards with an interview for Company X (it has to be said here that Company X is a well-known financial institution).

– OK, where are they based?

– They’re based in Docklands — is that ok for you?

– No — I interrupted her — I know what they do as a business, I meant the position.

– Oh, what it is, they are expanding such and such segment of their business so they hired quite a few new HR people and these guys have been through solid training — and she gives me a long speach about how a company like X is dedicated to maintaining a high standard of professionalism etc while I’m still waiting for the technical bit of the job… Couple of minutes into her still ranting off about how the department is regulated and how it interfaces to the rest of the business and how HR comes into it I had to interrupt her:

– Sorry, I have to stop you there — what am I supposed to do? (and I’m sure in the context of such a discussion that would read to anyone “what I am supposed to do if I decide to take this job you have called me about?”)

– Oh, sorry, yes, right the interview is tomorrow at 12pm, they are looking for 20 people..

– There will be lunch provided and such since they reckon it will take about 3 hours.

(Fair enough I’m thinking, so it’s gonna be a solid technical drilling — I’ve been through worse…)

– And basically what it is (d’oh, I hate it when people use this construct “basically what it is” — how about you just say simply “And you will have to do ….” but anyway, she sounds young and inexperienced I’m sure she’ll learn to drop these construct), these new recruits will come and give you a pretend job spec and then you will be called in for an interview and just have to act as if you were a candidate for that position. Basically it gives them experience in interview techniques etc.

– Yeah, you know, they will make up a few job specs, probably based on some real positions they have in the company…

– Yes, it’s to help the HR recruits with their training.

– So it’s not a real interview? Like, say, for a real position?

– No, no, no, like I said it’s for training purposes for…

– And so you are therefore calling me to ask me to go and spend 3 hours of my time to facilitate the training of some individuals hired by some company, with no benefit to me whatsoever?

Junk is stuff we throw away.
Stuff is junk we keep.