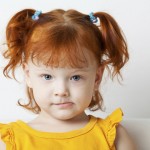 Ok, peeps, I have to get this off my chest — I tolerated it enough and it’s now time to say something methinks. Please bear with me and my potty mouth throughout this post and understand that really this is beginning to do my head in now — the sole reason behind this post. (Hint: would really like to know if I’m the only one who gets utterly annoyed by this rubbish, so leave a comment by all means, please!)

This is for all you parents-to-be out there, and in fact for all of you who dream of being parents at some point — which I have nothing against, as the post is about to reveal. Come to think of it, this is probably for everyone 🙂 So just read away.

First of all, let’s step away from my feelings about this matter and look first at some “empirical” data, for no better term; rest assured that as in many other posts, these characters are made up and they don’t exist in reality, but you could see how easily they could be found amongst us: John and Mary have known each other for a while, and they like each other a lot, so much that they have already had and are still having sex. Not just that, but for the last 4-5 months, John and Mary have been having sex every night, sometimes more than once a day and it’s been the case that every time they haven’t used any contraceptive methods.

Now these are the raw, unbiased fact about John and Mary as a couple. Now let’s look at a few ways these things are normally presented in the society and please tell me if I’m wrong in my understanding of the reactions around them.

John To His Friends In a Bar One Night

So picture this: lads night out, John and his friends are in a bar and somewhere in between the 4th and 5th beer he turns around to his friends and slurs:

– Hey, lads, guess what? You know Mary, right? I’ve been doing her every night for the last 5 months and she loves it so much we don’t even bother with condoms and stuff — I’m that good!

(At this point typically you’d hear cheers from his mates and at least a round of shots coming up for “the man”.)

Now I don’t need to tell you about how inapropriate the above sounds — as much as sadly you do hear it quite often (and not only just in pubs on a drunken night out). Feminists will, rightly so, point out how demeaning this is to women, how much of a chauvinistic pig John is… Most of us would frown (at least!) at the vulgarity of it and quite likely move as far as we can from John’s table… Mary would definitely NOT be happy at being the central point in this discussion, hope we can all agree on that one!

Bottom line, announcing your sexual encounters like this, as “manly” as it might be, it’s not something that we’re keen on (to put it soooo mildly, in a typical British way 🙂 ) in today’s society.

John To His Best Friend, In Confidence

OK, so perhaps the above scenario had the problem that all of this was announced in public — let’s look at it slightly differently: John one night in a bar, talks privately to his best mate. Any of us men will tell you that unlike girls, we don’t have the same “sharing” qualities so we don’t tend to talk about a lot of our intimate thoughts and lives. Nevertheless, let’s say that John goes that extra mile and confesses to his mate:

– You know, Mary and I have been having sex for the last 4-5 months. It’s great and we don’t use condoms or contraceptives.

His mate would probably stop half the way through drinking his beer and mutter:

– Dude, can we not talk about your private parts and Mary’s please? Did you have to put that image in my head and put me off drinking?

Trust me, it’s a no go — no friend of yours wants to hear about your detailed encounters; not to that extent! Yes, it’s true, us men DO talk a lot of “filth” about our encounters, but we never go into these details! John’s friend would not be pleased — and nor would Mary to find out that their intimate lives have been shared with a 3rd party.

Once again, not acceptable in today’s society to share that sort of information publicly…

Now perhaps the problem here is John — let’s turn the tables around and see what Mary might say; and I’m talking here from what I know from my friends back in the UK about this, I’d venture to guess things are not that far in the USA, but I’m ready to stand corrected.

Mary On a Girls Night Out

It’s not just lads that go out and plastered, as I’m sure you all know — in fact if you go out in Newcastle you’ll find out it’s mostly the opposite 😀 — so imagine a similar situation with Mary and her girlfriends out one night, catching up over a drink. Mary says:

– I haven’t told you girls, but John and I have hit it off big time, I’ve been sleeping with him every night now for about 5 months now, he’s amazing!

At this point, according to my lady friends in the UK, there will be a flurry of laughter and jokes poked at Mary, typically interjected by a lot of repeating words like “slag”, “tart”, “dirty whore” and others … apparently in a friendly, giggly way. It goes on though, as Mary says:

– And guess what? We stopped bothering with condoms and all that malarkey!

This is apparently where the crowd of girlfriends are going crazy, shots are being ordered and a flurry of rather colourful language is shouted around — as well as request for more (oh, much more, I am told) saucy details are being shouted at Mary… to (no doubt!) the “delight” of people in the bar, who once again will try to put some distance in between themselves and the group of crazy girls…

While this might look more appropriate than the similar scenario above involving John, when you look at it again, it’s not, as ultimately Mary discloses publicly certain details about her intimate moments with John. Which can be heard by the whole bar pretty much, thanks to her girlfriends… John will be pleased, no doubt! 😀

Needless to conclude again, not really that acceptable either by us as a society…

Now at this point you might think maybe the problem in communicating these details about their private lives is the fact that they do it alone, rather than as a couple together — so imagine this potential scenario as well:

Mary and John To Friends, Together

Whether it’s a couples night in, or out, sitting around the table or propping the bar, at some point John takes Mary’s hand and says:

– Hey everyone, Mary and I wanted to share with you something very important for us… (silence at this point, everyone is gathering around those 2) You see, her and I have been having sex nearly every night for the last 4-5 months…

It doesn’t even matter what John was about to say next, but I can guarantee you that someone will but in, grossed out by the too intimate details, to ask loudly:

– Hey everyone wants a drink?

One last time: still not acceptable!

John and Mary To Friends, Together, Different Wording

Couples nights in or out again — and by couples I mean literally just couples, be it boyfriend/girlfriend, engaged, married or whatever other possibilities there might be out there. Yes, I know, America, you are so up in the arms about children outside the wedlock, but come on, grow the fuck up will you?! I have not made any statements about John and Mary being married because frankly I don’t think it matters one bit — they are 2 people who like each other, as per my initial facts. Like each other enough to have been intimate a lot over the last 5 months.

Now the same John and Mary stand up during this evening and announce:

Hang on, congratulate them for what? For having a baby? Really? Are you pregnant yet? Nope, I am trying to become pregnant!

Right, so all the congratulations are provided in the account that Mary and John… have been having sex and will continue to do so as much as possible and without any contraceptive aid from now on? Are you f… kidding me??? What is the point of announcing this??? Apart from actually dragging everyone in the intimate details of what your sex life has looked like and will look like for a while?

– Hey, guys, guess what, John had a vasectomy!

– Hey, guess what, we decided to use some lubricants to increase the chance of sperm getting to the egg and raise our chances of having a baby?

– Hey, guess what, I’ve got my period this month so I’m not pregnant yet but we’ll keep trying next month again?

Seriously?!?! Can I be old fashioned here and don’t feel the need to say anything when someone starts telling me about their sex life… and I still feel that congratulating someone is something that’s ought to be done after that said someone has achieved something, not as they set off to attempt to achieve it… And before you say it, yes I know you’re supposed to encourage someone in this situation — not congratulate! — but really, what can you say in this situation? “Well done, John! Give her one for me!” ????

And last but not least, I suspected initially this to be a UK issue — turns out America is just as bad at it (at least the bit of America that I know), and I for one declare myself annoyed: you gonna try for a bloody baby, great, but please keep the details to yourself, announcing that you are trying only drags me into the details of your intimacies (eeewww!) and ultimately, until you got pregnant you haven’t actually achieved anything worth congratulating you as a couple for…

I was recently on a tour of Latin America, and the only regret I have was that I didn't study Latin harder in school so I could converse with those people. (Former U.S. Vice-President Dan Quayle) 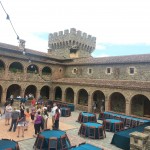