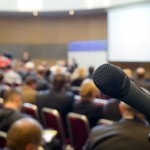 I’ve been to a bunch of conferences, meetups and other technical (or not!) events recently and some of them have touched me enough to deserve some comments on my blog, as you might have noticed. Looking back now at the last 5-6 months or so and all the events I’ve been attending — and needless to say some of them were exceptionally organized, while some of them were terrible — it occurred to me that it matters a lot how you target your audience.

When you deliver at such an event, you need to really know the audience when you take on the stage. I know it’s such a common advice you read everywhere on the net, but still, despite all that I see this mistake being made a lot.

I’m going to tell you about one of these events where the presenter really didn’t strike one chord with the audience, just so you can see how important this factor can be.

The event I’m talking about was a talk addressed to developers — in fact it did even contain “Developer” in the title of the event, just so it avoids any confusion as to who should attend this. And it featured a few speakers — as such, as it’s normal with such events, you have one person taking on the stage and making the opening statement, presenting the speakers and so on. The whole audience packed with developers, as you can imagine, all their eyes on this guy who’s talking about the “roadmap” of this event. He kept it brief and to the point, and you could see, the audience interest was aroused by his intro. Full marks to him for doing that!

Next we get another person on stage who starts talking about a new module the company added to their stack — and while he talks he walks all the techies in there through some screenshots and accompanies them with words; basically just a quick showcase of how much easier it is now to complete a certain task and to customize some module. Audience is glued to him and the screen he’s presenting the screen captures on.

After him, some marketing lady decides to take on the stage — and she gets it all wrong from step one. She starts by introducing herself, which is fine, since the audience likes to know who is addressing them. But then, she follows her name with some ridiculously long title — I don’t actually remember it but it sounded like this: “SVP of Customer blah-blah-blah, Marketing blah-blah-blah Strategy and blah-blah-blah Technology Alignment”. (And I have to say I am surprised I’ve captured the bits in between “blah-blah-blah” !) I’m guessing she sensed herself that the title was too long so she decided to “dive in” a bit and explain what her role was. The explanation itself took a couple of minutes and I don’t actually remember it, as I was totally disconnected and looking around so was most of the audience since they were all on their phones.

At this point, if you know techies, you will know that they captured just this from that title and explanation: you’re just someone who works in marketing! (Which, I’m guessing, given the title and the explanation at the time, wasn’t probably it, I’m sure her job encompassed more than just “marketing” — which, in itself, is a big mystery to techies, truth being told!)

So, audience is disconnected at this point — you spend too much time talking about yourself and not about the content they want to hear. Still, battle is not lost, she could have swung it around and focus on technical content which the audience wanted to absorb. But no, oh no, instead she started to make it worse for herself! And the way she did this was delivering really high-level market-oriented terms: “we now support REST, woohoo!” (she actually did finish pretty much each sentence with “yeah”, “woo”), “we have a service-oriented architecture, yeah!”, “accept now data pipes in JSON, woo!” … you get the picture. Embarrassingly though for her, the audience was dead quiet and not engaged at all with her presentation. In fact a lot of them switched to mobiles and were hardly paying attention.

Instead of acknowledging though that the she lost the audience interest, the presenter decided to push the acceleration pedal even harder, and more acronyms and industry standards came out followed by the same “woohoo”, “yesssss”, “don’t you love it”. And each second she did this it became more and more awkward for everyone in the audience and for her as well no doubt…

Luckily, part of the (scripted, no doubt) presentation, was to bring in a techie to showcase some of the acronyms she mentioned. She brought in one of her colleagues, who turned up with her laptop and set it up on the projector. The moment the developer did that, everyone put the phones down and turned their attention to the screen. The developer showed live how to code a few things that were mentioned before. Every screen she went through, the audience was getting excited, and her live development efforts were rewarded with rounds of applause! She went through probably all the features the previous speaker mentioned and showed the audience how easy it is to use them or implement them. When she was done, she passed the control back to the previous speaker, who now had once again a fully tuned-in audience.

… And she managed to disengage them again but throwing the same non-technical jargon at them and trying to animate them with calls for applause and “woohoo”s … Needless to say, sadly for her the audience switched off again and her last 3-4 minutes she reserved for closing her part of the presentation were met with hardly any attention and the little claps she got at the end were mostly out of compassion and politeness.

Moral of the story is this: the first speaker (the marketing person), had done a great job at putting together content for her presentation and no doubt rehearsing it before. The content was probably ok too — but the delivery was terrible. She could have awed the audience with a few small tweaks: after each announcement of new functionality or feature she made, she just needed to bring on the stage the other lady, the techie, and have her showcase the audience what that meant to us, the tech world. This way, she would just define a pattern where she’d introduce a new feature and then have it showcased — the audience would have loved her content because it was the precursor to a demo for each one and would turn her attention fully to her after each technical demo.

I am speculating here, but I’m guessing she thought she could capture the audience attention if she used enough technical jargon — which is totally wrong, in fact the contrary applies. Us techies learned that in fact it’s only the marketing brochures which throw an avalanche of such terms at us, without any real valuable technical content, and we switch off. It’s ok to say to us “hey, we now support JSON data pipes” — if you go on a bit and tell us about how we can use that. We know already how big of a deal it is, because we know how much time would save us in integrating something like that! Don’t go on about it, just show us how difficult or not it is to use it — because we also know you might support JSON, but if it’s a cumbersome process, we’re better off writing a small script which does it all in XML, because that’s easier for us to put together than your weird JSON interface. These are the details we’re interested in — not about the fact that this gives us portability and it’s more efficient. And in fact going into such details disconnects us, because we figure out the person delivering them is not a techie — and if it’s not a techie, we think there’s slim chance of getting some decent technical content from them.

I’m not saying marketing peeps should not deliver in front of techie audiences — in fact i’m pretty sure at that event that half of the presentations were given by business and marketing folks — but if you’re going to deliver a message to an audience, you have to know that audience first and tailor your presentation to them. And if that audience is not one you know about, have someone else who maybe associates themselves with the audience help — in this case, I’m sure any other techie would have figured out that the live demo is worth a ton more than the acronyms. And last but not least, if you see your current method is not working, don’t go at it harder, change the register.

Junk is stuff we throw away.
Stuff is junk we keep. 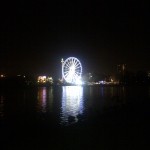