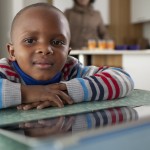 This is another speech I’ve given at Valley Toastmasters and it’s part of the Competent Communicator manual, project #10: “Inspire Your Audience”.

(The speech is actually based on a Ted talk given by Terry Moore titled “Why is ‘x’ the unknown” and you can watch it here: http://www.ted.com/talks/terry_moore_why_is_x_the_unknown )

As a reminder, the objectives of this project are:

With that in mind, here’s the speech I delivered.

I remember back in school I had to study history. And I hated it! It all seemed like a random set of dates I had to memorize:

And the list goes on… All of these dates were all related to events that had nothing to do with me. And as such, learning all these random dates and events made no sense to me and it’s safe to say that I struggled most times with history during my school years.

For a long while, I thought of history of a rather boring science and totally irrelevant to me. It turns out I was so wrong – and if you have the same mindset as I did a while back about history, I am going to try to change that and make you see the untold, beautiful side of history and all the stories it actually encompasses.

For some of you present here tonight this will be no surprise, but for those who don’t know it, I am an avid lover of physics – and through physics, of mathematics. I spent countless hours in my youth looking at various equations and try to solve them. Like all of us, it all started in my early school years, looking at simple equations like this:

And try to find the value of “X”. Throughout the years, as my education advanced, these equations became more and more complex. However, one thing was always the same – the letter X! Occasionally we would add more letters into complex equations, like “Y” and “Z” – but that seemed natural, because in the alphabet they follow the letter “X”. However, there was no immediate explanation as to why do we choose “X”? It’s such a random letter to choose, not the first one, not the last one in the alphabet; while it is an easy letter to “draw”, there are others which are easier (letter “I” for instance springs to mind, or “T”).

And that’s how my journey through history began – in search for the answer to why “X”?

We all know we use the Arabic numerals – all the digits from 1 to 9 data back around 500 BC and was initially invented by the Arabs. They have actually invented the digits 1-9 with 0 being added by the people of India. The system was revolutionary because it was positional in other words a 1 followed by a 2 meant something different to a 2 followed by a 1.

Based on this numerals, the Arabs have developed an entire science called “al-jebr” — which means in Arabic “the reunion of broken parts”. More specifically “al-jebr” focused on the study of transposition, something which allows us in an equation like this:

To transpose the “3” on the right side of equal sign:

And give us the answer of

This science has perpetuated throughout history and in our modern world is nowadays called “algebra” and it consists pretty much of the study of such equations as the above.

So we know now that the term algebra originates back with the Arabs and dates back around 500AD – however this does not explain the letter “X”.

We have to go back to history for this. Having discovered algebra, the Arabs mathematicians started writing books about this science. Throughout this book they were using the term “unknown” instead of the “X” in equations like the one above – so it would be something like “unknown + 3 = 7”.

The word “unknown” in Arabic starts with the Arabic letter “sheen” – which marks the “sh” sound like in “sharp”, “short”, “shine”. In many places throughout these books, the Arabs have used just the letter itself in the equations, for brevity. However, if you look up in the Arabic alphabet, you will see this letter has no resemblance to the letter “X”, so our travels through history don’t end here!

The Arabs were invaded by the Spaniards around 600 AD (about 100 years after the discovery of numerals) and during these invasions the Spanish found some of the algebra books I mentioned. This is 600 AD so writing was scarce and expensive, as such only things that were truly worth storing on paper were written; so upon finding these books, the Spanish knew right away that these are important. As such they shipped them back to Spain for investigation by their scientists.

The Spanish scientists realized right away that this is very valuable information and as such they set off to translate them – into Spanish. And they hit a problem when it came to translating the letter “sheen”: there is no “sh” sound in the Spanish language and there is no letter to mark that sound either. The closest sound they could think of for this was “chi” (as in “change”, “charge”, “chimney”) – and this at the time was denoted by the letter “chi” or “kai” as referred by the Greeks – which is drawn like this:

Later on, as these books started making their way throughout the “civilized” world (as Europe was referred to at the time), based on the fact that by then most of Europeans were using the Roman alphabet, the letter got changed to the Roman letter “X” by the sheer fact that the 2 look the same.

And as such, due to a series of events in history, I ended up just like everyone else, using the letter “X” in my equations.

At which point I have realized that history is not boring, history is a beautiful story which tells us about events which affect each and every one of us. Paying attention to this story and learning about it, helps us find the story of how we became to be present here today. I urge you to go back to your history book and read again with fresh eyes one of the things which you found boring and meaningless in the past – and you will find that it’s not boring, and it’s not just a series of random dates and facts, it is in fact the story of us. 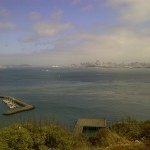