For those of you who haven’t heard about it yet, New Horizons is NASA’s mission to explore Pluto and the Kuiper Belt. The mission started back in January 2006 — and if you visit the mission’s site, the counters on the first page will tell you exactly, down to the very second, how long has the mission been going for and how long until the next encounter with one of the planets in our solar system. (Incidently, at the time I’m writing this, there’s still about 150 days to wait until it reaches Jupiter — d’oh!)

The best thing I like about the mission’s website though is the live images of the mission trajectory — which basically shows you where the mission is, how far from Earth, Sun and the next planet it’s due to meet. Check it out: http://pluto.jhuapl.edu/mission/whereis_nh.php. Don’t get fooled by the first image, by the way — while you might look at it and think oh well, there’s not that much left until it reaches Jupiter (encounter due in January 2008), if you scroll down to the next image (which shows you the full trajectory relative to all of the planets in our system) you will see that really it has only done about 1/6 of the full length to reach Pluto! And from there on it will go further into the Kuiper Belt and even further than that! To put it in perspective, it is due to reach Pluto in 2015!

There’s all sorts of interesting things and up-to-date news about the mission that you can read on the site, but one interesting fact captured my attention: the mission’s FAQ. The team behind the project worked out that the project budget ($650 million), as much as it sounds like a lot of money, actually means only 10 cents per each US citizen per year during a period of 10 years (which is the duration of the mission — obviously, bearing in mind the fact that the mission’s main goal is to reach Pluto and the Kuiper Belt and everything else from there will be a bonus). Which really, is nothing — 1 USD spent every 10 years by a US citizen! Imagine how much more we could possibly do if we expand that to all the other countries! Imagine how much more it can be done if we say increase that amount ten-fold (which is still 1 USD per year per US citizen!). I’m sure that out of all the rubbish that our taxes get thrown at, no one would have any problem donating say 10 dollars a year (which is 100 times more than the money spent for this mission!) to develop more missions to explore the space! Hell, I wouldn’t have a problem giving 100 GBP a year for that cause — would you? 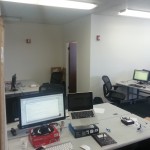