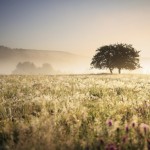 This is the 4th speech I delivered to Toastmasters and it’s part of Competent Communicator manual #4: “How to Say It“.

As a reminder, the objectives of the project are:

With that in mind, here’s the speech:

You might wonder why the title of this speech is a question – after all we all know that there are 9 planets in our solar system, right? Well, at the end of this presentation you will find out that this is not entirely true. Even more, I will introduce you to the other planets in our system.

First, let’s remember the original nine planets, as most of us know them: we have Mercury, the closest planet to the sun, Venus, Earth, Mars, Jupiter, Saturn, Uranus, Neptune and Pluto. So altogether 9 planets. All named after ancient gods because the ancient civilizations were actually able to observe some of these with the naked eye a couple of thousand years ago.

Of course at the time they have noticed our moon too, which for a while it was thought of as a planet. As such for a while, in ancient times, our system had 10 planets.

As technology advanced we started using various devices to look at the sky and get a better view and understanding of it. Using such things as telescopes we have started observing other objects in our solar systems; these objects are circling around some of the planets we already found. Some of these were pretty big, however, because they were attached to the planets we realize they cannot be classified as planets, they are moons. Straight away, we realize that our moon is in that category – and not a planet. So we’re back to 9 planets.

The advanced technology we have developed recently allowed us to use electronic telescopes orbiting Earth (so they don’t get any interference from the light on Earth), which made it possible to observe more things about our solar system.

We have found out an interesting area in our solar system in between Mars and Jupiter. This area can only be described as being packed with boulders of rock moving around our sun. Some of these are actually small from a foot in diameter, while others go to a few hundred yards. This area was named the asteroid belt as these objects were classified as asteroids. Looking at this belt into more details we found one day to our surprised an asteroid big enough to cause a few problems.  This asteroid was called Ceres and it has a diameter of about 1,000km which is big enough to classify it as a planet since that is about half the size of Pluto.

So the question came up – is this the 10th planet in our system then? The science world got divided: some thought that Ceres was too small to be a planet and being part of the asteroid belt should be just considered an asteroid.  So still 9 planets. Others thought that it is big enough to be considered a planet. So 10 planets.

In the middle of this dispute, an other problem came up: we discovered yet another body in our solar system, just past Pluto. This object, called Eris, is in fact of similar size to Pluto and as such a good candidate to being a planet. However it is quite far away from Sun and Pluto too, thus making it a candidate for just another asteroid. So back to 9 planets. Or 10…

The discussions around this subject went on for years and in the end an interesting compromise was struck: we have coined the term “dwarf planet” which includes the 3 small bodies in our system: Pluto, Ceres and Eris. Technically dwarf planets are not planets, however, the name was agreed to contain the word “planet” in it so Pluto can still remain a bit of a planet – so “dwarf planet”.

So when you are asked how many planets you can answer 8, 9 , 10 or 11 and all of those answers are correct!