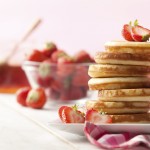 This is the 3rd speech I delivered to Toastmasters and it’s part of Competent Communicator manual #3: “Get to the Point”. As a reminder, the objectives of the project are:

With that in mind, here’s the speech I gave for this project:

I’m going to take you on a trip to ancient Rome, at the end of which you will find out that we owe the term “cereals” to the Romans.

Some of you might already know this, but ancient Rome was a polytheistic society – that is to say they believed in many gods and goddesses. Each of the Roman gods or goddesses governed different aspects of the Roman society and life.

A lot of these gods are well known around the world as they have been the subject of various books, plays or movies, so some of these names are quite likely known to all of you. For instance, there was Jupiter – the king of all the Roman gods and goddesses. Neptune was the god of the seas. Then there was Mars, who was the god of war.  Apollo was the god of the light and the sun. Mercury was the god of communication, commerce and finance. Venus was the goddess of love and beauty – together with her son, Cupid and his famous bow.

The list goes on, as the Romans had a deity for each aspect of life and society as I said; as such it can be argued that it was in fact the Roman gods who ruled the world, rather than the Romans themselves. Some of the gods and goddesses, while less known to us, still had their place in the heavens and be them little known to some of us, they had their part in ruling the world from the shadows so to speak.

One such goddess was goddess Ceres – she was the goddess of agriculture, crops and fertility. Goddess Ceres was credited with discovering sowing and ploughing and she had the power to fertilize and fructify plant and animal seeds.

As such, despite her being not as known as the likes of Neptune or Jupiter or Venus for instance, she had a very important place amongst the Roman gods: she was the goddess who was ultimately feeding the Roman Empire and the Roman gods! Arguably, without Ceres, the gods and the Romans couldn’t rule the world.

However, as I said, she is not so well-known and that is quite likely because she never caused any events where armies or ancient heroes went head to head in battle. God Neptune would get upset with the Romans, he’d unleash the wrath of the seas onto the Romans and cause huge floods or sink entire fleets – all of these being very dramatic events, worthy of being noted in history. Wars could be won or lost by the good or bad graces of god Neptune. Whereas if Ceres got upset with the Romans, regions of the Roman Empire would go hungry and suffer quietly.

Getting back to Ceres the goddess, as with all the Roman gods and goddesses, there were often festivals in their honor, during which the Romans would bring offers to the gods and ask the gods to favor them another year. Ceres’s main festival was always held in April, as the Romans were beginning to prepare for harvest. The festival typically included horse races and circus games and later on various theatrical plays.

So next time you have your breakfast, remember that we owe that box of Cheerios to an ancient Roman goddess.

Computers in the future may weigh no more than 1.5 tons. (Popular Mechanics, forecasting the relentless march of science, 1949) 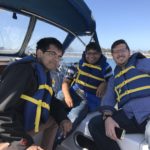