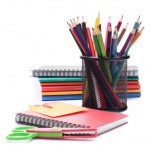 This is the first speech I delivered for Toastmasters in London: “The Icebreaker“. As a reminder, the objectives of this project are:

With that in mind, here’s the speech I gave:

I was asked the other day what do I do for living – and my answer surprised everyone: “I am a poet!” I said. There were gasps and awkward silence across the room as I said this.

Quite likely, the main reason behind it is because the people present at the time had a vague idea of what my job is – for the record, my job title reads “software engineer” – which is to say they knew I do some “stuff” with computers. The question therefore was meant to dwell more into what exactly is this “stuff” I do with computers: do I write software? Do I fix computers? Am I a hacker? As you can imagine, no one expected me to claim being a poet under these circumstances.

After all, a poet is a person who dreams a lot – they imagine things, creating these beautiful worlds in their minds. Then they bring this world they created to life with words. They are the ruler of their own world, inside them, they can do anything they want in this imaginary world they create. For instance, we know that unicorns and dragons don’t exist in today’s world – but that won’t stop a poet from bringing to life one of them in their poetry!

Being in front of a computer and being able to program it, it means to me that I have total control over it, I can create my own world inside it and do everything I want with it. I need to bring to life a unicorn? Takes me a few hours and I can have a unicorn flying across my screen. Dragons? A bit trickier I suppose because of the flames coming out of its mouth, but I can make that happen inside any computer given a few days. Need to break all rules of gravity or imagine a world that’s upside down? A few hours of programming and it’s done!

Just like a poet, I can imagine things and bring them to life – not with words, but with technology. And the key aspect, as with poets, is having the ability to dream and imagine things – without it I couldn’t do what I’m doing because as you can see, writing software requires a process of imagination.

As such, it would be wrong of me, when asked what I do for living, to simply state: “I write software”. Because what I ultimately do is create poetry – just a different kind of it! 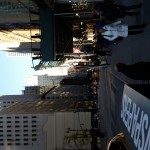