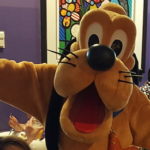 I finally decided was about time to go to Disneyland, with Los Angeles being so close and all that. Super excited about the whole thing, I downloaded the app, I did a bit of research (and decided to go to Disneyland and save California Adventures for another time) and set off to buy tickets.

And I got a bit weirded out about the way Disney employs technology from this step!

Here’s the thing: the buying tickets process is a bit convoluted and what makes it confusing is that they ask for the names and dates of birth for all the parties you are buying tickets for. We went with our friends so we set off to text and call and find out their details — only to find out that it doesn’t actually matter one bit! 🙂 When you go and check in there is no check whatsoever for ID’s — so you can lie through your teeth about names, dates of birth and everything as it won’t make a difference!

On top of that, I’ve tried first to buy the tickets through their app — which fails miserably every single time at the point where it needs to actually charge the credit card. We’ve tried Amex (Platinum, no spending limit, and very relaxed as you might have heard about the merchant being or not abroad, out of state or what-have-you), MasterCard, Visa credit as well as Visa debit. Every single time it failed. Even more, since we have planned this in advance, I have actually tried on 3 different days with the same result. I am now convinced that the buying tickets in the app is just work in progress for Disney. (Though in year 2017 when every other startup in the Valley offers super simple API’s for credit card clearances I find this shocking to say the least!)

The other thing, since you have a mobile app, running on a phone with camera, why do they still need to ask for the names of the parties? Why not just snap a photo (or select an existing one)? After all, on checkin, the staff did exactly that: for each ticket they snapped a photo of the individual — so if at any point you exit you cannot pass the ticket to another visitor, I get it. All of this can be crowd-sourced to the app itself — so when you actually turn up on the property you just scan your ticket and the photo is already in their system, the staff just confirms that the photo is of you and off you go. This can easily shave off 30+ seconds per guest on checkin — which is huge for a crazy busy place such as Disneyland! Why did their techies never thought of this???

Also, it transpires from the checking process that the Disney way of implementing a mobile app is to actually apply an extra layer of complications on top of their old school, printed ticket-based system: on turning up at the gate, you would think because you have the ticket code already on your phone they would just scan it then you can use your phone as the ticket itself. Noooo! The great technical minds in Disneyland thought it’s better to scan the ticket on your phone … and present you with a printed ticket — exactly the way they used to do back in the 80’s! Welcome back to the future of the year 1980!

At this point I am shocked at the lack of mobile technology use from Disney, but I am making excuses for the fact that well it’s just the checking in and entering the park — and I’m setting my hopes on the fact that the rest of the experience will be much more streamlined, you know, this might be just a glitch.

Guess what? It turns out I was wrong!

The app from the get-go has a visible flaw: every time you zoom in and out of the map it needs to download a scaled map image. I get the reason behind it, you don’t want when you zoom in to get a pixelated version of the map image, but instead you want a more in-detail image, so you need to download the zoomed image. However, the problem is you have thousands of people in one park and they are all on their phones — bandwidth is scarce to say the least. So the moment you zoom in you have to be prepared for a couple of minutes of waiting, which of course gets in the way of experience. (And from there on every time you pan or scroll the map left/right/up/down the same waiting applies.) Has none of the techies who wrote the mobile app ever thought of this?? When you develop for the mobile you have from the get-go to be cognisant of the bandwidth consumption: we all know it’s all great living in the Valley with a super-fast wifi and fiber connection, but once you step outside the bubble of Silicon Valley you quickly find out that either the wifi is slow or that there is no 4G LTE connection and you have to settle for 3G or there’s hardly any signal … and the list goes on. Developing for mobile without bandwidth in mind is careless and damn straight amateurish! So at this point I’m starting to detect a bit of a trend for Disney and their misunderstanding of the mobile tech!

But it doesn’t stop here… sadly.

The app turns out shows a map of the attractions and gives you an approximate waiting time for each attraction. That’s it! (OK, ok, it helps you identify food places and all that but in terms of the actual rides that’s all it does!) I was shocked! You have a company which has a whole pile of money and has an app which guaranteed 50+% of the people who turn up in Disneyland have and that’s all you do with it????

The CTO or VP who is in charge of the mobile experience in Disneyland most definitely does not “get” mobile and as such this app has become just a fancier replacement for their printed map and a way to buy tickets — just so you can then have them printed and go back to the “good old ways” of doing things. I guess with that Disney can tick the box that reads “mobile app” — and move on to more advanced ventures (maybe implement some Flash animation on your site? :D)

And since the folks at Disney can’t seem to figure out how to use mobile properly, I thought I’d sit down and give them some ideas — for a team of say 10 techies this should really be a matter of 2-3 months. So, Disney, if you read this, hopefully it helps to actually set you on a trajectory to embrace mobile.

1. Book your place in line via the mobile app

This one is so simple I am shocked Disneyland does not implement it: based on a guess that 50% of the people there have the mobile app (though I bet you that the percentage is much higher, and if you incentify it with less waiting you can get that percentage pretty close to 100%!), why not allow guests to set say their next 5 desired rides. Then based on the times they place the request you give them an estimated time to turn up for the ride. You can argue this is similar to the Fastpass which is soooo soooo soooo outdated and can hardly get rides offering it, but automated and more convenient: I don’t actually have to turn up to the ride, don’t have to check if they offer Fastpass or not simply select in the app I want these 5 rides and automatically the system will give me a number in the line and a time. Then I have all the time in the world to grab some snacks, watch the parades or take all the selfies in the world without being stuck in the line for a ride for 30+ minutes!

Even more, this provides valuable data to Disney, because it’s a clear declaration of intent and you can remarket based on that: did you select Dumbo the Elephant ride? Did you know next to it there’s a donut shop that will leave you begging for more and also the ride itself offers photos taken automatically which can be downloaded if you buy a PhotoPass? (Again, this is seriously really basic marketing — if the CTO and the CMO have not been talking together about this then it might be time for a reshuffle up there.)

Not to mention that you can do proper data analysis on the age / gender / other details of the riders of each ride to figure out what works for each category of riders and can help with either planning new outlets (why build a Buzzlightyear ride if really most of the visitors you would expect are in their 20’s and they seem to like The Madhatter Mad Tea Party ride?) or optimizing the existing ones.

And since you want to leave room for the people who don’t use the mobile app, you can have a separate line for people who like to wait in line — but give priority to the ones who booked via the app. (And need I tell you that’s how you will quickly develop traction for your mobile app?)

2. Offer quick “come on board” invites based on geo-location

So I’m strolling around Disneyland and decide to sit down and have a coffee and a croissant in one of the cafes. Maybe I am bored, maybe I am tired, maybe I am frustrated that I stood in line too much for the last ride and the mobile app is not helping at all with that 😉 What if your mobile pings you all of a sudden and tells you the ride across the road invites you on board right away and you can jump the line if you make your way there in the next 15 minutes? Bang! You’ve just gamified sitting in cafe’s and shops around the rides! And again, this will reflect in revenue increase. Marketing 101 people, seriously, what is their CTO and CMO doing???

I mean you have an app installed on a phone — that tells you the location of the user. Even more, if you want it to be inch-accurate you can install Bluetooth beacons around the whole park and you will know exactly where everyone is. (Hint: Look at Robin app, they got that down to a T, and you are Disney, you can do much much more!)

3. Offer shop discounts based on the rides

This ties in 1 and 2 above: but imagine if the app knows that you been on the Mickey Mouse ride and then you go pass one of the (oh, so many!) shops and your phone beeps and all of a sudden you get a discount code in the shop you just passed by: get $5 off the Mickey Mouse ears if you buy a Mickey Mouse T-shirt!

And you’ve just created a Pokemon Go like app where you encourage people to stroll around after they’ve taken a ride!

… I could go on to be honest as possibilities are limitless as Disney has total control of the app and the venue. Disneyland is in the business of delivering an experience and right now sadly they deliver the experience of waiting in the queue — all because quite likely an outdated CTO who doesn’t understand mobile and a CMO who probably still thinks that mobile advertising means delivering banner ads on mobile sites. Yet all of this can be transformed with such little effort! Where there’s a will….?

Some people have children in order to buy toys. I feel it's cheaper and more dignified to cut out the middleman and buy toys for myself. 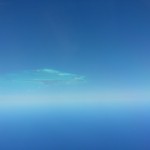