This is something that I have seen quite a few times while looking online at other people’s code so I thought I’d write about it quickly — preach the world and all that 🙂 I’m referring here to the JDK class StringBuilder, however, those of you who know your JDK classes would surely have figured out by now that the same applies to StringBuffer (though why would you still use it?). It appears a lot of people out there still use a 2-line approach to initialise a StringBuilder — probably due to some old habbits that say you need to separate your initialisation of the variable from using it (a whole discussion around this to be had surely as a general rule but I’m not getting into that, I’m strictly referring here to our StringBuilder class):

So not only this code will run slower, but it will generate a memory block marked straight away for garbage collection — and in a high throughput system your garbage collector will have to kick in a lot of times to reclaim that memory thus slowing your app down.

Now how about the following approach:

Would you believe that the memory allocation of the buffer is done upfront to match the size of our parameter, and there is no second call to append! So faster execution and no extra memory!

The other thing that I see a lot is not a mistake, it’s more of a question of style I guess, but I’m guessing again there are others not knowing this so it’s worth signalling it:

There is nothing wrong with the above — but you are taking a few lines of code and it makes it a bit more difficult (I found) scrolling through the code. With StringBuilder you can chain calls to append because that returns the StringBuilder object itself! So you can write the above as follows:

Last but not least, I’ve seen this a few times, no doubt the person was junior, but it’s worth pointing out if you’re using a StringBuilder you might just as well make use of it and not rely on the old String concatenation:

OUT TO LUNCH - If not back at five, OUT TO DINNER! 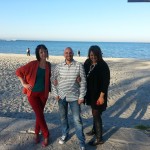