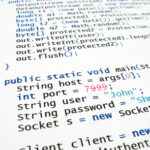 I’ve been digging for a while now into how to fix this annoying issue that I’m having with WP-Syntax plugin when writing code which contains less than (<) or greater than (>) — which, let’s face it, if you have an if / while / for in the code is bound to happen! The trouble is that WordPress automatically escapes these (and a few other characters) when pasting code in the visual editor — and since you need to use the <pre> tag with WP-Syntax, from there on these don’t get interpreted by the browser back as HTML entities and you will left with code “decorated” with &lt; and &gt; — needless to point out that makes code unreadable! This has been annoying me for a while now because it means every time I go back to edit code in a previous article, if the code contains < or > I end up screwing up the whole formatting if I switch (by mistake or not) to the visual editor. (As a side note, I love the visual editor, I prefer using it wherever possible — that’s what it’s there in WordPress for: to make lives easier, right?)

So as it turns out, there is a trick you can use when using the <pre lang="blah"> tag for WP-Syntax / GeSHi and that is by using the escaped="true" attribute in the <pre> tag:

So let’s look at how this changes the code/behaviour of the output — here’s a sample Java code snippet without the escaped="true". (It might not be obvious due to the mangling of < and > as stated above, but the code is comparing 2 variables and prints out a different message depending which one of the 2 is bigger.)

Now let’s look at how this would look like if we apply the escaped=”true” attribute:

The only way you can predict the future is to invent it. 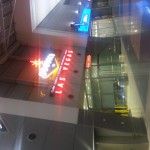