I use Evernote a lot — I am a big fan of the tool for day-to-day use as well as of their platform and the services they open to the developers community. (For those techies reading this check out my previous post about storing lists using Evernote by the way. Not that I’m bragging :D)

I thought until recently that I used most of their app functionality — but only found today that there was at least one bit I didn’t know of — and I want to share that with you.

As I mentioned, I use Evernote often for setting up “to-do” lists — have a few items with tickboxes and mark them as I get through them. For small projects/tasks, I find this to be a very useful tool. Occasionally, some of the tasks I have on my list are getting blocked as I’m waiting say for some info from others. In this cases, I just use a very basic color coding for the tasks: red means the task is blocked as I’m waiting for someone, blue means I’m waiting for my own self (in other words I’m waiting to finish some other related task before I get to this). And if the task list has more than 3-4 items on it, the ones I’ve completed, on top of ticking the box and mark them finished, I also color them in green. A bit like this (note that I’ve blanked out a few names so I don’t disclose too much confidential information): 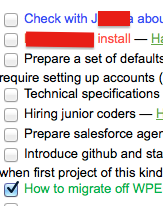 That is all good and it works great for me. There was however one tiny problem — every time I’d go to select say a red colour I’d get this dialog box: 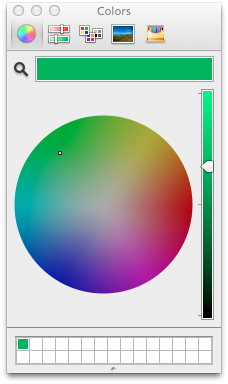 And because of that I’d never select always the same kind of red. As such my task lists would end up with 3-4 types of red, blue and green, which confused me at times.

It’s only recently I’ve figured out I can drag the green rectangle at the top of the colours circle to one of the white boxes at the bottom and define a custom colour. As you can see in the above picture, I’ve defined a standard green. Once that’s done, all of my notes/task lists now will use the same green and stop distracting me 🙂

This building is so high, the elevator shows movies. 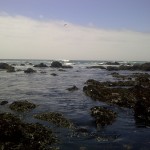