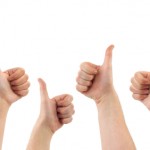 I wrote before about what I think of handwriting — I think this is a dying communication form. And this is in favour of visual communication. See my previous post on whether handwriting is something I need to keep in my brain or not as well, where I was talking about the fact that one picture can actually communicate in millisecond time the same amount of information — without my brain having to give all the commands to my hands to “encode” the message in writing then send a text/email to my friend which then has to engage his brain to decode the letters, assemble the phrase then decode the phrase again and finally interpret the meaning of it; a single image encodes all of that and making it visual makes it much easier for the brain to decode.

This has found me obsessed lately about whether it’s just me thinking this way or is it actually the case that this is happening? And just when i start thinking that maybe it’s just a silly thought of mine, something like this happens:

I just saw this article recently on TechCrunch: Introji Are Emoji For More Complex Emotional States. At first glance, it’s just a “silly” app for introverts. But when you look again (and the article talks a bit more in-depth about this) a lot of the phrases we use in texting (LOL, OMG, LMFAO etc) actually are being used in non-English speaking countries. And that’s because they are recognized not but what the letters actually mean, but because LOL simply became a symbol for abundance of laughter. We “know” it is made out of an L followed by an O followed by another L, yet we don’t actually read the letters when we see LOL. Same with the emoticons (sorry, emoji’s) — they convey right away the emotion in one image. Of course, so far we only conveyed simple emotions with emojis : happy, sad, crying and so on.

Now, this app which features in the above TechCrunch article takes it to one level above and I think this is another breakthrough: while it’s emoji’s for more complex feelings for introverts, I can bet good money that these will go mainstream pretty damn quick because it’s so much easier to “decode” an image than it is to read a few phrases describing it.

I’m gonna stop here, I will be curious to see what happens to this next… I still think handwriting is a thing of the past and it’s being deprecated by emoji’s and the likes.

How to stop smoking: be too drunk to light a cigarette! 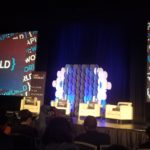