OK, so this is a bit of a trip back in time, in the early days of Cognitive Match, when we started building our system. As it happens during such times, often one encounters the matter of giving the systems a name — for once it makes it more precise to refer to a system as “XYZ” rather than “the second (not first or third!) layer of backend servers, who are dealing with balancing the requests to the 3rd backend layer of servers” and not to mention that it’s so much quicker to say (or write!) “XYZ” than the whole shebang above. One thing that is worth mentioning here is that if you don’t name your systems in time, someone else (whether it’s the customers or the peeps in sales or outside tech anyway) will name them for you — and I’d argue that they have less insights into your systems than you as techie do, so if you don’t want to be stuck with idiotic names upon the lines of “the big servers”, “the web servers”, “the data servers”, you need to consider naming your systems yourself from the early days when they are being built. (Please note that I am not referring here to the marketing name you will be using for your product, that is a different cup of tea, I am strictly referring to the way internally you name various components or servers of your overall system — typically those are outside the realm of marketing, but often get mentioned in internal and external emails, memos and so on.)

Anyway, we have found ourselves back in those times in Cognitive Match with the dilemma of how to name our system — the name that finally “stuck” was CERES, and as it turns out yours truly came up with that. Now, the purpose of this post is not to boast ownership of this name; the reason behind it  is that we had since then quite a few changes in the team here at Cognitive Match, and as I figured out recently, quite a few of my new colleagues, having not been there at the time we came up with the name, are left guessing as to the origin of this name. 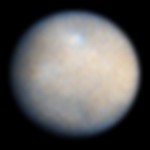 (Attached photo, just to make it that extra confusing, is courtesy of Wikipedia and it is the photo of the dwarf planet Ceres.)

Now, to throw some light into the matter, I was lucky enough to find the original email that I sent around Cognitive Match at the time, which gave birth if you will to the name of CERES for our systems. (If you don’t want a spoiler, then skip right to the email, otherwise, the short answer is : it is based on the Roman goddess 🙂 )

Anyway, here’s the original email — hopefully it reaches the right eyes and saves a lot of speculation internally about the name 🙂

(I appreciate what is to follow looks like a long email possibly full of nonsense but please have the patience to read through all of it and you will see why it starts the way it does!)

For those who remember this and for those who don’t, here’s a quick recap from Monty Python regarding what the Romans did for us:

Reg:
All right, Stan. Don’t labour the point. And what have they ever given us in return?

Masked Activist:
And the sanitation!

Stan:
Oh yes… sanitation, Reg, you remember what the city used to be like.

Reg:
All right, I’ll grant you that the aqueduct and the sanitation are two things that the Romans have done…

Matthias:
And the roads…

Reg:
(sharply) Well yes obviously the roads… the roads go without saying. But apart from the aqueduct, the sanitation and the roads…

Activist Near Front:
And the wine…

Masked Activist at Back:
Public baths!

Stan:
And it’s safe to walk in the streets at night now.

Francis:
Yes, they certainly know how to keep order… (general nodding)… let’s face it, they’re the only ones who could in a place like this.

(more general murmurs of agreement)
Reg:
All right… all right… but apart from better sanitation and medicine and education and irrigation and public health and roads and a freshwater system and baths and public order… what have the Romans done for us?

Reg:
(very angry, he’s not having a good meeting at all) What!? Oh… (scornfully) Peace, yes… shut up!

You might wonder what’s the reason behind the above quote from the hilarious “Life of Brian” – well, if we look back in history, the Romans reigned the ancient world for over 800 years – and chances are if it wasn’t for the “revolution” conducted by Brian in the above-mentioned movie they still would 🙂 During the expansion of the Roman Empire they covered over 6 million km2 (about 2.5 million square miles) of land spanning across Europe and Asia. In fact, it’s safe to say that the Romans ruled the world back in their time. Due to their expansion and long reigning in these regions, every civilization in Europe – and as a knock-on effect of that in the world – has been influenced by the Roman civilization; the Romans indeed have left a huge imprint on the world as we know it now and quite likely if it wasn’t for them the face of the world would look totally different now — what would we do without the roads? 🙂

The Romans at the time acknowledged that the immortal gods ruled all the realms of the heavens and earth – and as such all the Roman victories and conquests were attributed to the gods helping them. And not just the conquests, but their wealth, prosperity, well-being and everything else was due to the divine intervention of Jupiter, Minerva, Apollo, Neptune, Ceres, Mercury, Venus and the list can go on. One could in fact say that it was the Roman gods that actually ruled the world at the time and not the Romans themselves! And through the Romans influence, these deities left their imprint on today’s world as we know it.

This analogy has occurred to me while putting together the spec for our ad serving platform – I’m not going to go into details, it’s a result of a few meetings and there will be notes/specs circulating around this for those interesting. However, one thing worth mentioning here is that during these meetings we have referred to this ad serving platform as “Creative Spec Server”, and at the same time we both agreed that really we need to find a better name for it but weren’t bothered at the time to sit down and come with some. Having finally had some time to sit down and work on this weekend, I came up with “Creative Response Service” – which I wasn’t still happy with, but looking at this name over and over again it occurred to me shorten it to an acronym – and I came up with … CERES. This might not ring a bell to any of you – but let me reveal that Ceres was in ancient Rome the goddess of agriculture and grain crops. Ceres is often overlooked when looking at the Roman deities; however, she had a crucial role amongst the Roman deities, as she was really responsible for feeding the entire Roman Empire. Even more, as with all the gods in Rome, once a year there was a festival held in her honour called Cerealia, which finally reveals the origin of the word “cereal” – a small proof of the huge imprint that the Romans civilization left! And that’s when the above analogy came to me!

So with that in mind, I was going to suggest we re-brand our products with Roman gods/goddesses names – our “gods” (read “products”) will be after all ruling the online world soon! Why call it the Match Maker, when it can be re-branded as “Jupiter” maybe – after all everything in our systems will stem from what is entered in this system? Why “the recommender” when it can be branded Apollo – the sun god, which brings light to our entire system. Why “the Hadoop logging” when it can be Mercury, the messenger – after all the logging component brings us the news about how well our system is performing? And the list and ideas can go on for ever and ever I’m sure. (As a side note, I’m not stuck on any of these names if this idea appeals to you and we decide to go with it – we can brainstorm around names/gods/etc and come up with some better ones.)

Let me also remind you about an adserver called ATLAS – which was sold a while back to Microsoft Advertising; Atlas, in Greek mythology was the Titan who supported the heavens on his shoulders. The usage of ancient mythology names seems to be not-so-unusual (and in fact quite successful if we consider this example!) in the online world. As such, I thought we could throw in the Roman gods and help them rule this world too 😉

If you’ve managed to read this far and I haven’t bored you right from the 1st paragraph, I’d be interested to find out your thoughts about it. You’ll notice I kept the scope of this email to just a few of us – as I wasn’t sure if this was material to be sent to “Everyone” in our address book or not; as much as I think this is a brilliant idea (since it’s mine :D) I thought it might be a good idea not to make everyone read about 4 pages worth of an email – however, should you think there are some other parties in the company who should read this, please feel free to forward this to them. I would be really interested to get some feedback on this, and if we stick to this idea see how we can market and promote it. Failing that, apologies for wasting your time, but every cloud has a silver lining so if anything you’ve just found out the origin of the word “cereal” and refreshed your memory a bit on some Roman history 🙂

Now as a final note, the other ideas, around the rest of our systems didn’t “stick”, however, our backend layer was from there on (and still is) referred to as CERES — and a new acronym was even forced around it: CrEative REsponse Service — CERES!

One Response to “Of CERES and Naming Your Products” 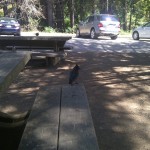