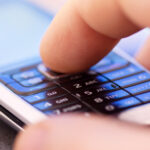 I’m sure we’ve all been here before, but even so, I find it just as annoying every time: your mobile contract is about to expire…and to prove how much they appreciate your being one of their customer, your mobile company A calls you to tell you that you are eligible for a free handset upgrade if you renew your contract — excellent!

You can take the approach that the company wants you to take and be talked into getting handset X by the person calling you — because you don’t have that many comparison terms with other handsets avaiable on the market. Or, if you’re like me, and you’re not sure what is out there and which one would be best for you, you ask him/her to call you back in a couple of days, so you can take your time to have a look around. They typically don’t have a problem with that (well, they do actually 🙂 ) but ultimately you have the power of hanging up on them so they will ultimately give up.

Right, so now you have your 2 days to shop around — and make sure you look at offers from other mobile companies as well, as that could turn out to be a valuable weapon when dealing with them. You now know there are 3 possible handsets you want — in my case, the BlackBerry Storm, the iPhone and the Samsung Omnia. Right, so I want to keep the same contract in terms of minutes + texts + net time just a new phone (for which I am more than happy to pay towards), and I insist on only having a 12 months contract (purely because by the time your contract expires, your handset would have become obsolete as well!).

The day for the call back arrives and I get the call back from them. Again, the guy is trying to talk me into some Sony Ericsson handset — which don’t get me wrong, I’m sure is a good one, but it’s not what I want! — so I had to interrupt him and tell him that I know exactly what I want and state my terms. The training they put him through pays off, as he doesn’t say “No”, he just says that they can work something around those terms. Right, let’s hear it then:

Right, I don’t want 18 months, I want 12 months and I want at least 1000 text messages and a price similar to what I’m paying now (about £35 a month). And that’s where the communication in between us collapses as he is trying to explain to me that they don’t do 12 months contracts anymore, he can’t do 1000 texts etc. and I have to interrupt him again:

– Mate, if I go to company B, since I’m a new customer I have the discretion of actually naming my terms pretty much, and I have already found a similar package just a different handset. Now, you know how much I spend a month (and trust me, with calling international numbers and using the roaming facility it does add up to more than £40 per month), and if doesn’t justify for your company to give me the handset and package that I want, that’s fine by me, I don’t mind changing my provider!

Again, I have to endure a whole lot of “sales talk” about how this company A is better than the other company B and really this is the max he can stretch it to etc. etc. And since I’m getting bored of this and it’s quite clear he won’t do anything more for me, I say to him:

– You know what, sorry for your trouble mate, I’m gonna get the other package!

and hang up while he’s still talking.

Now, I even now what the next step is — because that’s EXACTLY how it happened last year: end of my contract is about 45 days away, so at the beginning of my last month I’m gonna call my company and say “hello, can I have my PAK / PIN code so I can transfer my number to another company?”. The guy will put a request in the system (“it can take up to 2 weeks”) and then I wait — 2 days later their retention department calls me:

– I understand you are looking to move to another company?

– Well we can work something around that.

– Yeah, that’s what your colleague said, and what he worked was far from what I wanted.

and about 20 minutes later of being damn stubborn, I get what I wanted — same package, the handset and the 12 months contract!

Now, like I said, this wasn’t a one-off, it happens every bloody time — so why? oh why? do they not say in the first place: “OK, mate, have the goddam package and handset, same terms blah blah blah and thanks very much!” and save me and them time, money and nerves?

Are there so many people out there that will give up under the pressure they apply to you when you argue with them asking for what you want? I doubt it — in fact I would argue that probably more than 50% of their customers would do exactly what I’m doing to get the deal they want. So then why do we still have to go through all this “I’m leaving you” pretend game?

I haven't lost my mind, it's backed up on tape somewhere. 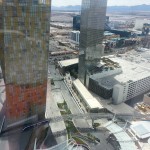