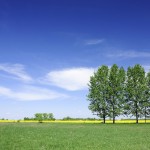 I’m sure you’ve all heard of freecycling — and if not, have a look at their website: http://www.freecycle.org. Very simple idea: you have something you don’t need anymore, rather than chucking it away, you place a free ad on this website and someone will hopefully be interested, get in touch and pick it up; you get rid of what you didn’t need or want anymore, also de-clutter your house (or office), the other person gets what they want without paying, you both keep the planet green — everyone’s happy! Kind of like eBay, but without the money involved. Which is frankly the problem with it: the fact that it is like eBay (but like I said there are no money and costs involved)!

Let me explain: I placed an old monitor on freecycle for quite a while and no one has shown any interest in it (granted, it’s an old CRT one but it’s a 19″ one and it is in good condition). Finally a couple of months into it I’ve decided that I really need to get rid of it (do you remember how much space does a 19″ CRT take???) and I’ve placed an ad on eBay as well for £20, local collection only. To be honest, I would have given it for £1 as I wanted to get rid of it — but a start price of £1 I thought might trigger suspicions and make people think that there is something wrong with it, hence the £20 price. Well by the end of the 10 days period, I got £42 and someone came and collected it — so I was left with money AND I got rid of a monitor that I was going to give away for free. Meanwhile, on freecycle no one bothered to contact me about it.

The problem, as I realised, is due to the fact that most people would know (and use) eBay — whereas not that many probably know of freecycle; probably also due to the fact that eBay came out first, most people look for things first on eBay rather than freecycle — and that habit will take a long time to change. Even more, since eBay charges for their services, they have more money to pay for a search engine ranking, while these guys don’t — so if you search for “old CRT monitor” you’re more likely to get some results from eBay first and then some freecycle results. And another crucial factor: when people search online for a CRT monitor they are trying to acquire, they would search for something like “buy (old) CRT monitor” — and while you can buy stuff on eBay, you cannot call freecycling that, as you’re not spending any money — so the term “buy” cannot be found anywhere on their site, and therefore it won’t appear as a result in such searches.

Now I’m not a partisan of the idea that search engines should support this freecycle movement and push these results from freecycle up the top, instead I would just recommend to the freecycle admins to put some thought in their SEO (if there is one!) and push themselves the results at the top of such searches — otherwise my homeoffice is getting more and more cluttered by the day if I use them… Thank God for eBay though! :p

One Response to “Freecycling”

Some people have children in order to buy toys. I feel it's cheaper and more dignified to cut out the middleman and buy toys for myself.