Now since I parted with my last job, I got tons of emails and txt messages from colleagues (well, ex-colleagues nowadays) wishing me all the best, telling me what a shock it was to hear about me, wanting to meet me for drinks and many others. All heart-warming and nice, apart from one small detail: some of these colleagues I haven’t spoken to in ages or more than on one occasion we ended in heated discussions where bits of hair and nails flew about — that is to say that we weren’t by any means “friends” if you catch my drift.

So while being quite overwhelmed by this avalanche of messages of all sorts, I couldn’t help wondering why would that possibly be… At first, no doubt due to my self-infatuation and naivity (for no better word — I hate calling myself “stupid” :P) to a certain extent, I thought it might a case of “don’t know what you got till it’s gone” (awwwww! I hear you say). And yes for a fraction of a second I thought I might have put a dent in the universe — and the world felt such a better place for me that moment…

Until a friend broke this spell for me by pointing out that they’re probably not missing me, but they started to realise that their time to be thrown overboard is getting closer — and in fact they’re not sorry for me, but they’re sorry for themselves since they can only see themselves following the same pattern in days/weeks/months to come.

Valid point indeed — even though I’m somehow more fond of my approach…Which one is it gonna be though? :O

One Response to “Don’t know what you got … until your turn is getting closer :)”

Know what I hate? I hate rhetorical questions! 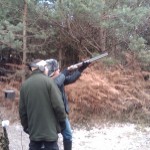