I’ve just watched an amazing victory by Saracens this weekend where they took the game right from under London Wasps noses in the very last minutes of the game. After leading throughout the whole game 12-9 based on penalty kicks (well done, Glen Jackson! 😉 Wasps managed to score a try with about 3 minutes left from the game and thought they belted another victory… Only to find out that straight away — and I mean literally straight away — Saracens scored a try back with just a minute left of the game and won — woohoo!!!

Here’s some pictures from the second half, when The Men In Black make their entrance on the pitch: 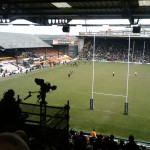 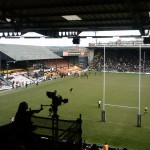 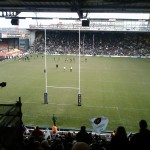 And below, some scenes from the second half: 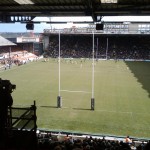 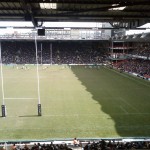 Last but not least, here’s some wonderful display of rugby enthusiasm from the kids playing tag rugby during half time – they deserved every bit of cheering they got at the end! 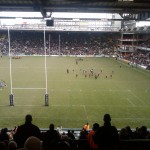 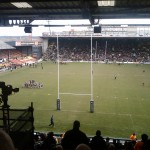 Everything is 10x in cloud. Especially I/O latency. 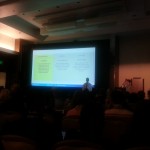