I had doubts in the past about whether my consumption of beer is getting worrying or not. I always managed to tell myself though that “it’s ok, nothing to worry about”. Until today, when out of curiosity I have checked out my Klout report — based from what I could tell on my Twittering. Well guess what, there were a few non-surprises there — in terms of who I talk to / influence / get influenced by on Twitter; apparently I’m a “socializer” as well (wow!) who is “the hub of the social scene” — whatever the fuck that means 🙂 But most worryingly … I am influential about BEER 🙂

Right, that does it — gotta stop drinking beer! Switching to wine methinks 😉

See the original Klout report below — quite funny actually 🙂

If it's true that we are here to help others, then, what exactly are the others here for? 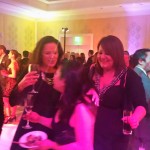