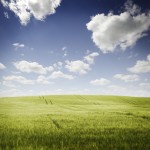 Time for another idea for you — and I guess more to the point for the guys at ShareThis. (If you don’t know who they are, they are the company behind the sharing buttons at the end of each of my blog posts, which allows my visitors to share this onto major social / professional networking sites like Facebook, LinkedIn, Twitter and so on.) As a side note they also have a pretty nice Firefox extension (sorry, Google, this is still the browser of my choice!) which you can install from here: https://addons.mozilla.org/en-us/firefox/addon/sharethis/.

Without advertising their solution too much, what I like about it is that it allows a publisher to gather all the sharing buttons in one single plugin and configure which ones to be available — allowing you to concentrate on the networks you are interested in sharing your contents on. (Also love their “share by email” feature, which allows you to import contacts / email addresses from your gmail for instance and use them, rather than typing them by hand!)

Anyway, having said that, like with everything, this tool can support some improvement too 🙂 And here’s one of my ideas around it:

I like having all the counters for the number of shares with each one of the buttons — it gives people an idea of how popular certain content items are and also this can be used as an incentive to share more (I’m not going to say “peer pressure” here, but hopefully you get the idea 🙂 ). This however is a blessing as much as it is a curse for small blogs like mine — having the visitor confronted with a row of buttons with zero shares might put the thought in the reader mind’s that the content is worthless (even though, of course, in the case of my blog that so isn’t the case, right? :D). This can lower the user attention to the content of the post or even worse, drive user away.

Of course, ShareThis does actually allow the publisher to configure whether these counters are present or not, however, this is a all or nothing type of setting — which means that for posts that are popular, if you turn off the counters, the visitor loses visibility of that, and as per my thoughts above, the incentive to share the content.

There are a few ways to overcome that, the way I see it:

Number 1: Have a per post setting, rather than overall. So you have your overall settings which dictates that no counters will be shown. This means, when you publish a fresh new post, since it takes a while for small blogs like mine for the content to “penetrate” the web, you won’t see the counters next to buttons, which is good, since they’ll be initially at zero for the first few days. Later on, as you notice the number of shares for that post increasing, you can enable the counters and turn them into something that encourages the visitors to share contents.

Number 2: It’s still based on the above but it’s a bit more of an automated solution: Rather than having to check periodically on how well (or not so well) your posts are doing in terms of sharing, one can set a threshold — any posts that were shared less than N time will not “see” the counters, but once that threshold has been hit, the counters appear. What the threshold should be is left to the publisher — on my side, 10 shares is an awesome number, but a bigger website would probably be looking at numbers in hundreds…

Number 3: I do like the idea of counters as you might have gathered. And I do think they encourage people to share content — I also think that a low count of these shares put people off from doing so. So how about an animated/rollover counter? Let’s say your article has been shared 1,000 times (I wish!: D) — so when the page loads up, rather than showing 1,000 shares, it can show say 995 shares. Then 1,2,3,5 whatever seconds later it goes up by one — maybe even have a little status message updated under the buttons to say “Shared via Twitter from IP address X.Y.Z” ? Maybe that might be perceived as a little invasion of privacy so perhaps can be changed to just present the country/territory: “Shared via Twitter from USA” or “Shared via LinkedIn from the UK”? A few seconds later (maybe this interval can be configured?) it goes up by one again with a similar message. Of course, I am not talking about making numbers up here — these numbers should be real and the data presented (e.g. whether it was Twitter, whether it was USA or UK etc) should be based on real data — I am merely suggesting that users react to such things better. Seeing for instance that an article has been LinkedIn’d a lot from USA, might suggest to a USA-based reader that this could be a relevant article to his/her LinkedIn circle of contacts!

In terms of the “under the cover” setup, I guess really it’s a matter of choosing a few parameters such as how often does the counter change (1 second, 2 seconds, 10 seconds etc) and how many times? So you have to select the interval and the number of shares to miss from the initial count — for instance 10 seconds and 5 shares would mean in the above example (1,000 shares total) that the initial counter will show just 995 and every 10 seconds would go up by one and show details about the user who initiated that share.

Also once the real number of shares has been reached, the timer could keep going and check periodically if there have been any new shares — and if so, increment the counter and show details about the users as before! (I’m only gonna say one thing here: AJAX 😉

Finally, combining the option number 2 above (where we can configure a threshold for when to show these counters) with this 3rd option, allows a publisher to actually have a more dynamic set of share buttons to which the user might respond more — and promote the content of the website.

What do we think, ShareThis? Please?! 🙂

One Response to “Product Idea — A Bit More Animation in ShareThis?”

What's the point in having bad manners if you're not going to use them? 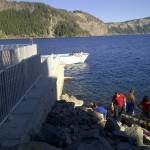