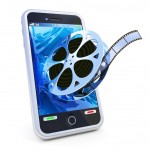 About 2 weeks or so ago, Amazon launched their Elastic Transcoder and at the time this has captured my attention right away — to the point where I had to go and add it to my AWS account and try it for myself. Regardless of anything else, that is an amazing tool and Amazon did a good job of creating such a simple API for such a complex task.

If you ever attempted to transfer a movie from your say mobile device to your video handset, you will find yourself quite often in movie format conversion hell — while things are getting a bit more standardized nowadays, it is still occasionally the case that some manufacturers force you to use their software / firmware / drivers to get a movie from some obscure format onto your computer and be able to play it properly. (God forbid you made the mistake of tilting the camera so you get a panoramic view — as you will find yourself watching the movie on your computer screen with your head tilted in the opposite direction, trying to make sense of it!) Or vice versa, you have a powerful handheld device that can play anything you throw at it — and your “Transformers” BluRay you just bought comes preloaded with a HD MPEG version of the movie which you can download onto your phone; however, the damn thing “weighs” about 2Gb which seems a bit too much bearing in mind you’re watching it on a 480 x 320 screen! And there’s nothing out there to help you downsize the original for a more suitable format (and size) for your handheld…

As such, when this thing came out I could see use for it right away — as a lot of the stuff that I have recorded with my mobile device throughout the years can now be nicely converted and archived, safe in the knowledge that it will play wherever I want it to!

Trouble with the Elastic Transcoder is that, same as with all the other AWS services, it needs an AWS account. If you are a techie, chances are you used at least S3 and EC2 and as such you would have such an account; however, if you’re not, I dare you as a non-techie to set yourself up with an AWS account — it’s not an easy task! Even so, the process of actually converting a video using the Elastic Transcoder is a bit cumbersome, since rather than just uploading a video and getting a link for the converted video, you are dealing with pipelines, S3 buckets, jobs, job status, REST services and so on! Do-able, obviously, to convert a movie directly using the AWS services, but not that easy (or intuitive! come to think of it)…

Which is how Me Loves Videos! came to life — this thing started as a simple techie experiment, as I was just attempting to provide a nicer wrapper to the Elastic Transcoder. It grew, about a week and a half later of coding in my spare evenings, to a fully-fledged website. And in fact it’s still growing, since the more I put into it, the more I realise I can add to this service!

It’s only 21:30 PST and after the last few tweaks I have decided to “go live” with this. The service is far from finished — I have to add lots more to it, and these will be coming soon, just bear with me since this is a spare time project for the time being — however, like all techies excited about their work, I couldn’t contain my excitement anymore and had to push it out there. Not sure as to what to expect from it just yet — it’s still a Version 0.1 as far as I am concerned — however, like with everything else that I have built and seen throughout all the stages, from mockups, prototype to going live, I am excited!

Give it a spin — the service is free (yup!) and hopefully not to counter-intuitive to use: http://melovesvideos.com.

And drop me a line if you have any thoughts about that — I’d love to hear from my “early adopters”!

When I gave her the ring, she gave me the finger. 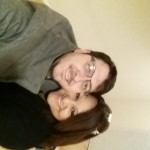