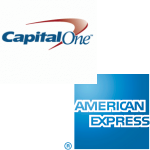 This is something that really I ought to have posted about 2 years ago when I landed in the Bay Area, however it’s only recently that talking to a friend who’s just thinking of moving over here that I realised it’s actually useful advice and not many people know about this.

First of all this applies definitely if you’re moving from the UK to USA — however, bearing in mind the international nature of the 2 financial institutions involved, quite likely it works if you’re moving from other territories too, however, I haven’t had any confirmation of that yet. (Hint: why not drop me a line and let me know if you have been through the same coming to America from another country?)

So one of the problems moving here — unless you move straight on a green card — is that you have a visa for a limited period (few years typically). You get a social security number however, due to your visa time limit, most financial institutions here won’t consider you for a credit card/loan/etc. Sure, you can apply for a prepaid credit card but that is not really a credit card let’s face it — and from what I have learned it takes ages before that actually does anything to your credit score and banks start offering you a real credit card. (A friend of mine in fact confirmed that only 2 years later the bank started talking to him about credit cards after using one of those.)

Of course, most banks will issue you a card that acts as a Visa or MasterCard etc — however, it’s a debit card and as such it has other implications as you might know. So what do you do if you find yourself in that situation and want to get a credit card?

The trick as I found out — and didn’t realise until recently that this is rather unknown — is to use your credit history from your country of origin (UK in my case) directly with some big international brands like American Express and Capital One:

I had an Amex Platinum in the UK for quite a while — a few good years. It turns out that Amex offers for Platinum card holders (doesn’t seem to work for normal charge cards or Gold ones but maybe they will offer it at some point) a service called “Global Card Transfer” which allows you to transfer your card to a different country you are moving to. The service is potentially mis-labelled, since in fact they do not transfer your card: they simply use all the data they have about you in your country of origin to open you a new account in the country you’re moving to! In other words you’re still left with your original UK card (which of course you can cancel once you’ve moved over to USA) and also open you an USA Amex Platinum account. Only thing they need, apart from USA address etc is a proof of your social security number — simply go to a Social Security office and get a standard letter confirming your social security number, post that to Amex and in a couple of weeks you get your Amex Platinum card. And yes, it’s a platinum card, with all the privileges, no spending limit, you can use it online, have the 24×7 concierge and so on.

Of course, this is American Express, if you want a “standard” card too — e.g. MasterCard or Visa — then you have to talk to someone like Capital One. In my case, I had a Platinum MasterCard with them back in the UK. Again, talking to them in USA they dig out your credit history with them in the UK and grant you a MasterCard based on the data they have about you. In my case since I only used the CapitalOne card back in the UK mostly for online shopping, i didn’t have a great spending history with them — as such the inital credit limit they granted me was only of about USD 1,500, however, as you start using it and making payments this grows. (Mine in particular nowadays is around 7,000 for instance.)

Ironically once you have these 2 cards a few months into it most banks start bombarding you with offers to sign up for their services — which of course you can now, however, attempting to do this in the first place would render a failure because no US financial institution knows anything about you and as such doesn’t want to take a risk. Though obviously once 2 other (rather prestigious) institutions have taken that risk that acts as a vote of confidence and from there on you have access to loans, credit cards (should you need more?) and so on.

So, if you are looking to move UK –> USA like myself, before you make the step get yourself an Amex and a Capital One card — in fact get them now either way, you never know when you might make a jump abroad and these might get in handy!

All trespassers will be shot on sight. All survivors will then be prosecuted to the fullest extent of the law. 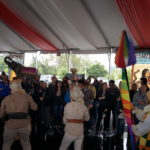