So, according to President Basescu piracy worked for Romania by helping the country grow a very vibrant technology industry.

Being a Romanian myself and having “enjoyed” partially during my student years the “privilege” of pirate copies (mainly because there were no dedicated shops at the time where you could acquire a software with a license — let alone having the student discount facility for software licenses!), I cannot but still disapprove to such a blatant encouragement of the whole piracy phenomenon, and have to ask (myself and the others): does Mr. Basescu seriously believe that this is the only reason why Romania has grown a vibrant technology industry? (And God forbid that the answer yes, because that would be disastruous!) Even more, does he honestly believe that software piracy could have only worked its “magic” in a country like Romania? Why would he think that software piracy cannot improve the creative capacity of youngsters in the USA (or UK for that reason)? After all, trying to hack a software protection takes the same amount of brain and work in Bucharest as it would in Silicon Valley! And the same tools. And the same computers. And algorithms… and the list can go on!

Wake up, Mr. President, it’s not the piracy that helped us build a “vibrant technology industry” — it’s the passion that people have all around the world in the work they’re doing. Bucharest is no longer the place that ninemsn is insinuating to be, where illegal software copies are sold on every corner — that’s long gone. (Granted, the piracy phenomen has only been reduced, it hasn’t disappeared — but that’s a problem which proves difficult to erradicate in every single country.) Yet, even without piracy, the IT industry kept growing stronger in Romania.

Altogether, here’s another brilliant comment from Mr. Basescu, who seems to be on the same par pretty much with Mr. Bush, when it comes to dumb statements. Here’s my advice to you Mr. President for such situations: if you don’t know what to say, say nothing — just as Bill Gates did in the same meeting!

One Response to ““Piracy Worked for Us””

The first step to making a dream come true is to wake up. 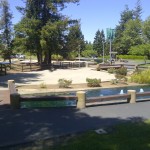