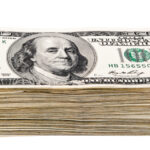 I had a couple of recent discussions on the phone recently with 2 head hunters who were trying to get me a “dream job” in some banks in the city. I say “dream job” because that’s exactly how they presented it to me – the fact that it was in a bank it meant for me straight away otherwise! Anyway, I turned them down (no surprise there, if you read some of my previous blog entries you would know that I turned down bigger names in the past). One of them though said to me with annoyance and disappointment in his voice when I politely declined: “I’ve got no idea what’s going on: I’ve got a list of top notch developers who I’m calling and every single one of them turns me down!I’ve got a big pile of cash (we are talking 6 figure by the way!) and a position dealing not with dead code but with some new innovative products and technologies and nobody wants it!”

I kind of felt for him (actually no, I didn’t 🙂 but let me break it down to you my dear banks:

When the whole credit crunch started, which was not in any way something caused by your IT guys or infrastructure, you pointed the finger at thousands of developers and then at the door. However you decided to keep most of your traders and what-not, so we came to realise that really whatever we might do in a bank is actually not important at all to your business. You told us that a trader is more important than 100 developers. We now know that whatever genious optimized algorithms and solutions we might put into place, no matter how low we get our latency and how much we maximize our throughput (obviously while keeping the same bandwidth!) that won’t make your institution any money and as such its bloody useless as far as you care. However, that dude from 1st floor just made you 2 millions today so thank fuck there’s people like him in your organization, to pay for the useless ones in IT right?

We basically learned by now that banks haven’t changed at all since their early days: you got money, lend it to people and ask for more back! (Thinking about it pretty much the same can be said about investment banks too – even though it technically involves buying shares and then selling them later on.) Why would you change something that’s been working for hundreds of years now? Sure all these international committees and organisations went up in the arms a while back about modernisation, infrastructure and blah blah (evil people for sure, why would a bank need to modernise?) and as a result of that you had to hire all these “muppets” and set up an IT division. Before you know it you need a CTO and a CIO and the whole shebang. These guys started talking about securing information, standardizing platforms, platform migrations and development and before you know it they spend your money as if they were running the bloody show!I mean what do these IT guys do anyway? Oh set up my laptop – woo-fucking-hoo! – your secretary Polly can probably do that with her eyes closed! And for a friggen laptop and some wires running through the office you pay an arm and a leg?

I bet when the credit crunch started the banks went “phew, now is a good time to get rid of this lot: they started hundreds of projects, none of which are finished, even though they hired thousands, cost me a fortune and really don’t do anything”.
No one has ever seen past the manager’s mistake in evaluating the deadlines and budgets in the first place, in fact the manager stayed and got a bonus, but the clever developer who got your response time from 10ms to 0.1ms got a handshake and a finger showing him the door. No one has seen past the fact that finishing the project would save 5% of the running costs of the organisation or it would see an increase in the profit by 2%. Nope none of that!

Developers were simply dead weight and as such had to be thrown overboard. With not much consideration to their skills.
And now dear banks when you are struggling with your bloody years-long projects, where no one has a clue what they’re doing or when are they supposed to finish and you might think that throwing more man-days at the problem should solve it, now, when I know that you have no consideration and respect for my development skills, now you ring me: “I’ve got lots of cash – huge amounts! – and I think you are such a perfect fit for what we’re looking for” (bollocks!) all I can say is take that big pile of £50 notes and shove it up the arse of that guy from first floor who makes you millions and see if he can shit you a couple of “very talented and dedicated” developers on the spot – after all he’s been the solution to your problems throughout the hard times of the credit crunch! I, the developer though, am going to a company that actually knows the role of the developer in their team!

Oh and in case I blinded you so far with complicated terms like “budget”, “planning” and other things you get confronted with in IT and as such didn’t get my message, let me put it in simple terms to you, my dear banks: PISS OFF INNIT!

Love your enemies just in case your friends turn out to be a bunch of bastards. 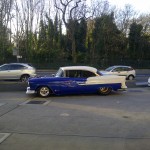