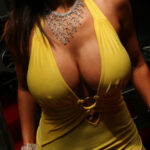 I was watching just last night a movie on one of the terestrial channel — a repeat of a classic super-action/super-adventure/super-thriller and all the other “supers” (I’m not going to divulge the name of it as I don’t want to actually increase its popularity) when what is about to follow in this post (re)occurred to me. And when I say “I was watching it” I mean by that I was going through a few bottles with a friend while this thing was going on on the screen — and occasionally we might pay attention to the screen for a fraction of a second (as I said, it was a repeat after all :D).

The movie saw our heroine — an actress rather “well designed upstairs” — go through some amazing adventures during which she had many opportunities to show us not just how intelligent she is, quick-witted, well-read and well educated, but also what an expert in martial arts, fire weaponry, bombs, flying planes and helicopters and driving fast cars she was! I mean, a robot wouldn’t be as good as her by the looks of it! And then it occured to me: it’s the big boobs! Without the big boobs she won’t be able to do that! So my friend and I sat down and devised this list of facts that applies to Hollywood actresses and their boobs — you tell me these are not true!

I could probably ramble a bit more here and in fact chances are the subject will never be exhausted really 🙂 I was looking the other day at an advert for eHarmony and they are claiming to get you the right person in your life — fuck me, are they stupid? All they have to do is fix you up with a woman with big knockers — and you get all of the above … if you’re in a Hollywood movie! 😀

Last famous words: I thought it was the staging database! 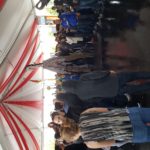