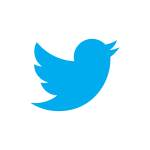 I use Twitter a lot (see for yourself here if you don’t believe me 🙂 ) — and as such it annoys me terribly when I see companies using it the wrong way. And by “wrong way” I’m not talking about the contents of their tweets — it’s a free world and everyone has the right to tweet whatever they want as far as I’m concerned. (Whether I will decide to follow them on Twitter and read the content they publish there is a different matter.) I’m talking here about how Twitter is employed to deliver marketing messages to the online users.

Twitter is a very powerful tool for that, with a huge reach, we all know that — and as such in the right hands can generate a lot of user interaction. And also, in the wrong hands it seems to create awful user experiences which (getting back to my point) annoy me terribly!

It is not my intention here to point fingers — which is why in the screenshots below I’ve removed the logo and Twitter handle — rather just point out what’s wrong with this situation so others hopefully can avoid making the same mistake (and generating rubbish user experiences).

So to start, I’m an avid rugby fan — which if you’re in USA is a difficult sport to follow. As such, any tweets regarding watching live rugby will capture my attention right away! And that’s what happened with this tweet as well: 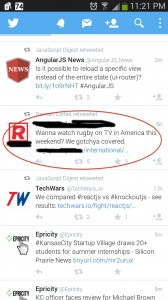 Watch rugby on TV in America? Hell, yeah — sign me up! So I clicked on the link… and got one of the worst user experiences 🙁

Before I show you the screenshot let me mention something: I use Twitter 99% of the cases on my mobile (which at the time I’m writing this is a Samsung Galaxy) — so all the links I click on in 99% of the cases from Twitter will be from my mobile. I might decide to add them to Instapaper and read them later on my laptop if they are really that good, but in most cases I check the contents there and then. And I bet you that’s what most users do who use Twitter on their mobile!

As such I expect companies promoting tweets (this was a promoted tweet btw!) to have a decent mobile website exactly for this reason. However, what I got instead is this: 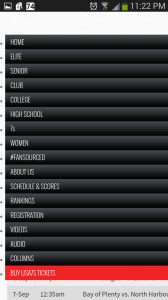 What is not clear from just the screenshot is that dark block you see above is actually a floating menu — the trouble is the damn thing is taking the whole screen! I’ve tried scrolling up and down but the menu was thought (ahem!) carefully to be “sticky” so it always blocks the same portion of the screen — leaving me with just the top 100 pixels or so to view the website content. I’ve tried refreshing a few times, re-clicking on the tweet and the result was always the same. At which point I’ve given up and abandoned it.

However, let’s look at what happens in the background based on my clicks: Twitter will bill this company for every click no doubt (after all they have driven me to their website! and as such they need to be paid). The click is also leggit (I can assure you I’m not a robot or a fraudulent clicker, I had every intention to check out the content and even sign up for their rugby programmes), so any filtering will probably keep them in place and they will get billed for my clicks.

The company analytics tools will then reveal that indeed they have received so many clicks from Twitter — and also will reveal that there was no conversions for most of these and I’m sure alarm bells will ring in their marketing department. Meetings will take place, graphs will be inspected and probably new marketing strategies and new budgets will be put forward because of this. More money spent… More analytics… More clicks and probably no conversions…

When really it all comes down to the fact that if you’re going to use Twitter, please, please have a decent mobile website!

All my life I said I wanted to be someone...I can see now that I should have been more specific. 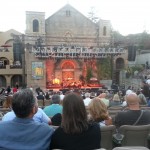